World Cup of football flavors: From Dead Sea beach soccer to playing on the moon

World Cup of football flavors: From Dead Sea beach soccer to playing on the moon

The FIFA World Cup, by its very structure, is guaranteed to produce soaring highs and crushing lows for its participating countries. As we bide our time for the 2022 edition, we thought we would take a look at soccer highs and lows from a more literal angle — elevation.

Playing soccer on the beach at the Dead Sea is about as low (elevation-wise) as you can go. The idea for having a women’s beach soccer tournament at 1378 feet (420m) below sea level apparently came from the marketing department of Jordan’s Dead Sea Hotel and Spa.

Playing soccer underwater slows the game down to a crawl. The difficulty of moving in the water with scuba gear makes this variation on the sport a great equalizer — at the bottom of the pool your average schlub is suddenly competitive with the best Premiere Leaguer players.

Futsal began in Uruguay as a form of indoor soccer that could be played on basketball courts. It quickly became popular in the densely-built favelas of Brazil’s urban centers, where participants adapted it for rooftop play. Married with capoeira-style moves, the sport makes for highly entertaining viewing.

In skydiving soccer players move near the terminal velocity for a human, which is about 124 mph (200 k/ph) with arms and legs outstretched. The length of the game is determined by the altitude from which players jump — you get about 8 seconds of additional playing time for every 1,000 foot increase.

SOCCER ON THE MOON

Until Elon Musk establishes the first colony on Mars, soccer on the Moon is pretty much as high as it gets. 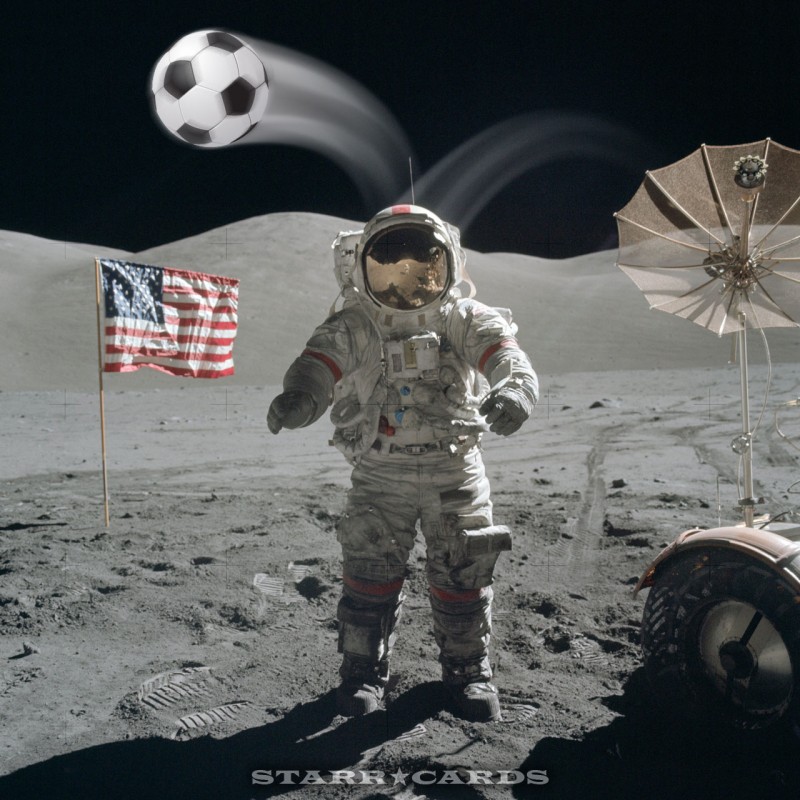 Not having the foresight to pack a soccer ball aboard Apollo 17, the astronauts were forced to kick around a sizable moon rock instead.