Born in California, Gary Carter came to define baseball for a generation of Canadians while he plied his trade behind home plate for the Montreal Expos. Nicknamed “The Kid” due to the youthful exuberance he demonstrated at his first spring training camp with the Expos in 1974, Carter was to be named an All-Star seven times over the following decade with the team.

Carter went on to make the All-Star team four more times after signing with the New York Mets, and was instrumental in leading that team to a World Series title in 1986.

Carter amassed 55.8 WAR (wins above replacement) in an eleven years with the erstwhile Expos (who became the Washington Nationals to start the 2005 season). The franchise’s next biggest WAR contributions on the all-time roster come from outfielders Tim Raines (49.2) and Andre Dawson (48.4). 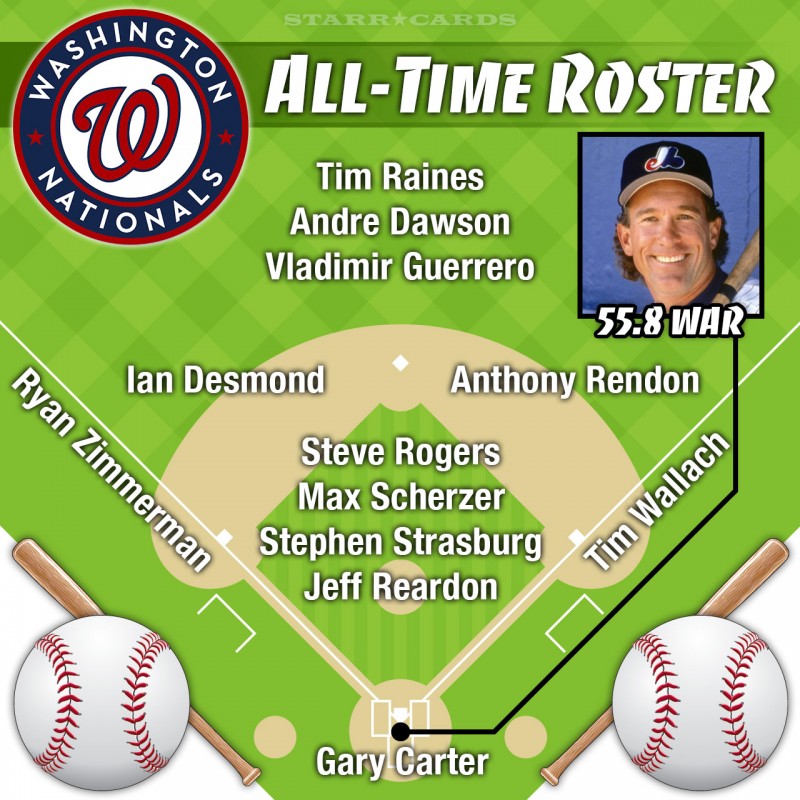 Here we present the entire Nationals lineup constructed entirely by choosing the player with the team’s highest WAR at each position, including a rotation of three starting pitchers and one reliever. Interestingly, none of players on this select roster bridged the gap of the team’s move from Montreal to Washington.