The baseball season is roughly bookended by Easter and Halloween, with the Fourth of July as its midpoint. Each of the three holidays mark a great time to visit a few cemeteries to hunt down gravesites of the sport’s legendary players. 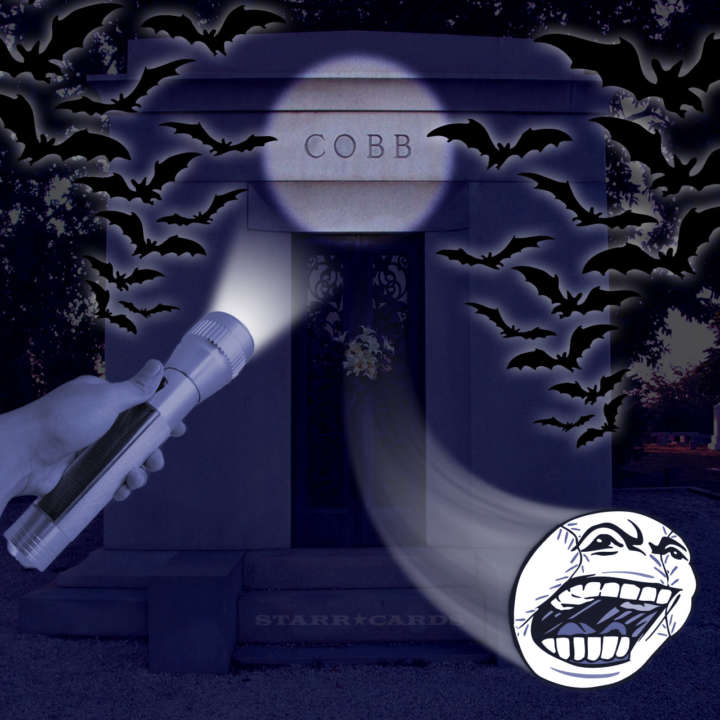 Working our way across the country from east to west, we’ve compiled a list of graveyards where you will find the tombstones of Babe Ruth, Billy Martin, Lou Gehrig, Jackie Robinson, Ty Cobb, Cy Young, Tris Speaker, Hank Greenberg and Joe DiMaggio. 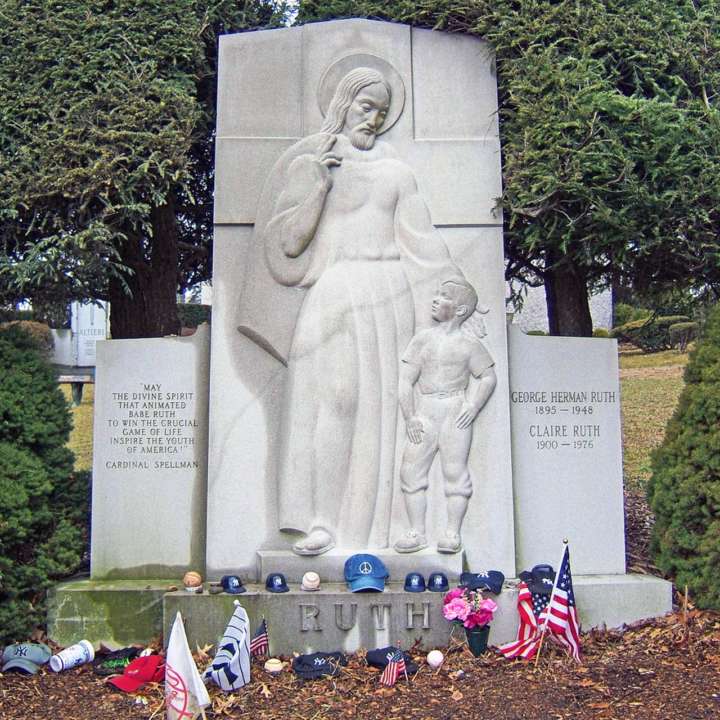 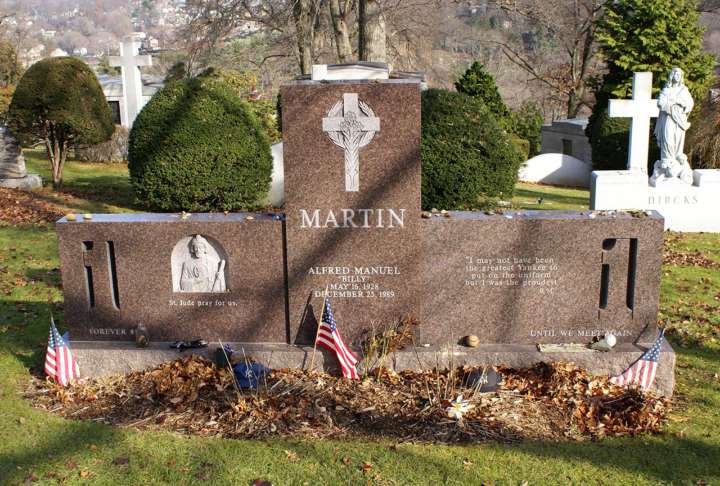 As Yankees manager, Martin led the team to consecutive American League pennants in 1976 and 1977; the Yankees were swept in the 1976 World Series by the Cincinnati Reds, but triumphed over the Los Angeles Dodgers in six games in the 1977 World Series. [Wikipedia] 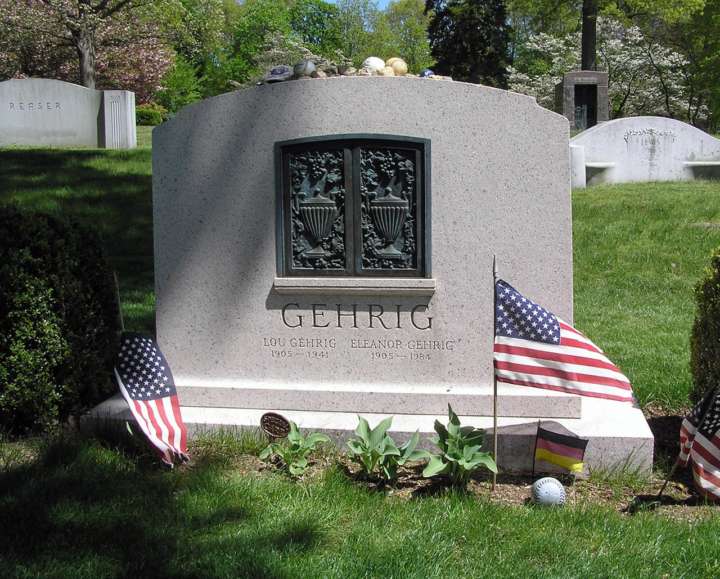 Gehrig was an All-Star seven consecutive times, a Triple Crown winner once, an American League (AL) Most Valuable Player twice, and a member of six World Series champion teams for the New York Yankees. [Wikipedia] 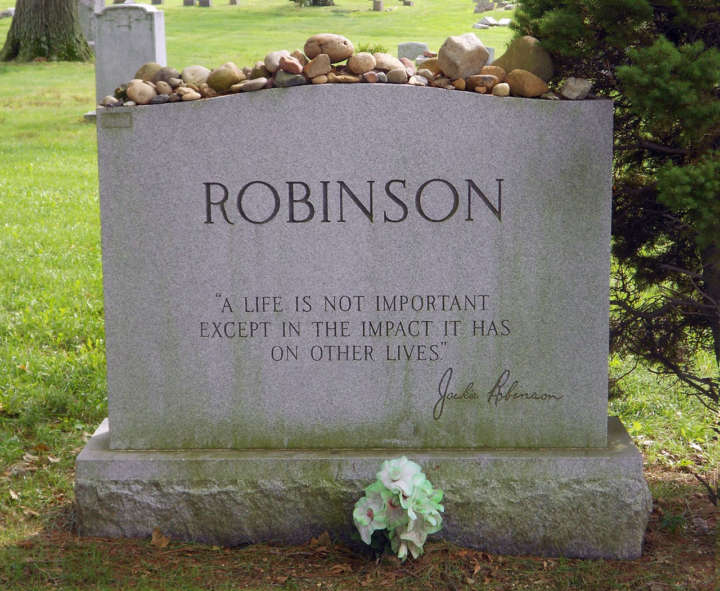 Robinson broke the baseball color line when the Brooklyn Dodgers started him at first base on April 15, 1947. The Dodgers, by signing Robinson, heralded the end of racial segregation in professional baseball. [Wikipedia] 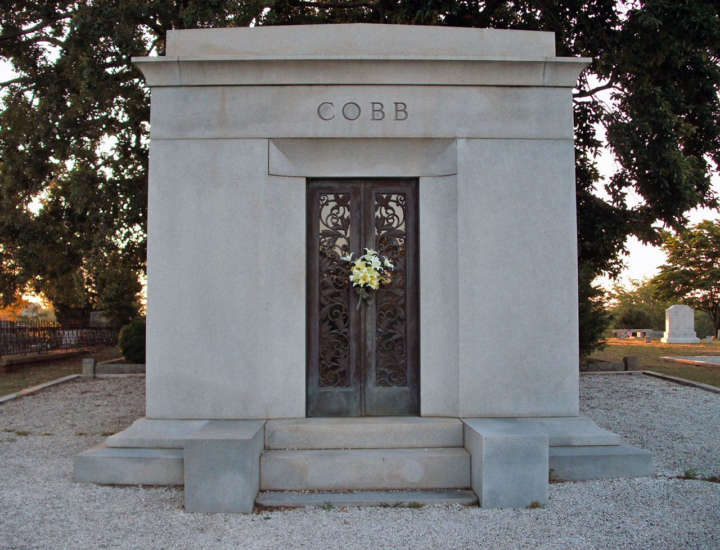 In 1936, Cobb received the most votes of any player on the inaugural Baseball Hall of Fame ballot. The longtime Detroit Tigers center fielder received 222 out of a possible 226 votes (98.2%). [Wikipedia] 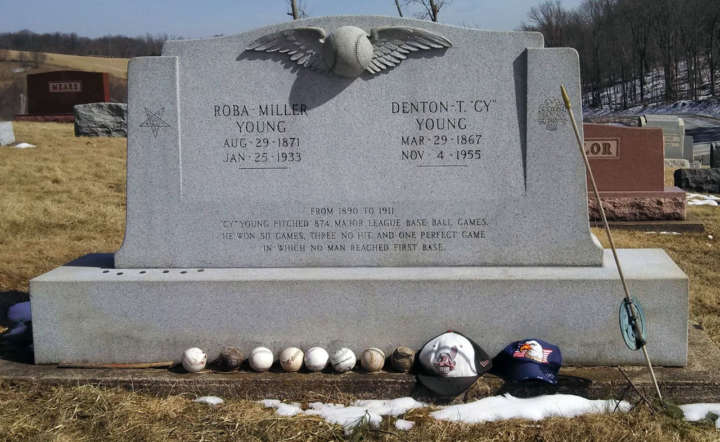 Young compiled 511 wins, which is most in Major League history and 94 ahead of Walter Johnson who is second on the list. Young was elected to the National Baseball Hall of Fame in 1937. 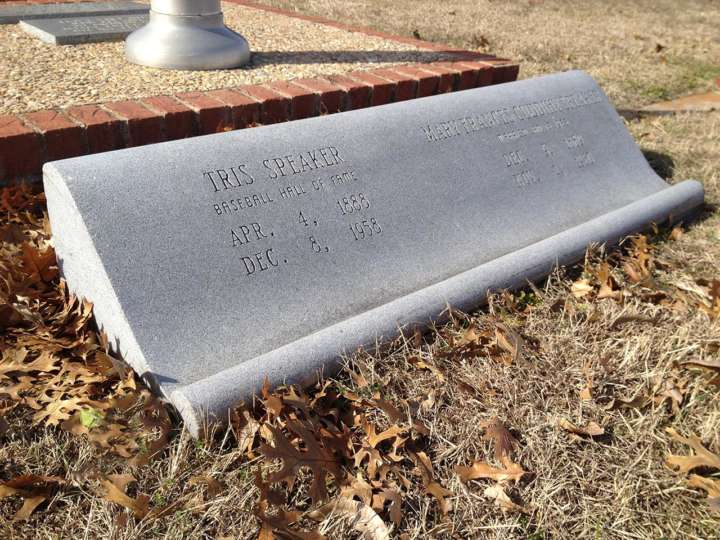 Speaker holds career records for assists, double plays, and unassisted double plays by an outfielder. His fielding glove was known as the place “where triples go to die.” [Wikipedia] 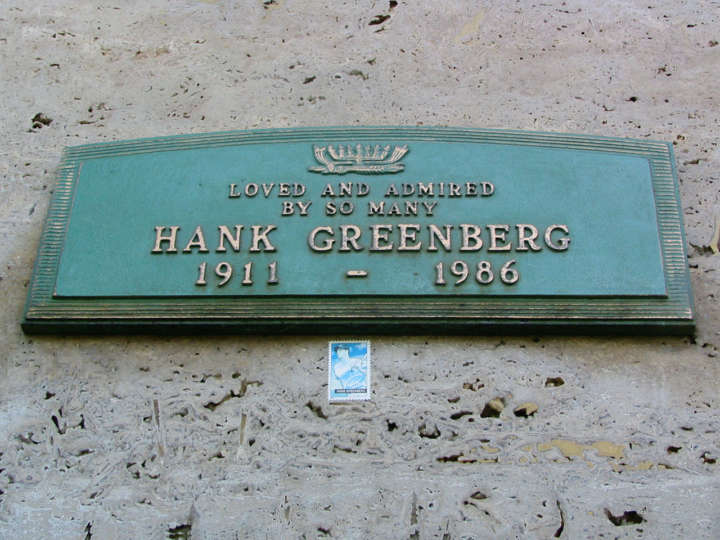 Greenberg was the first major league player to hit 25 or more home runs in a season in each league, and remains the AL record-holder for most RBIs in a single season by a right-handed batter (183 in 1937, a 154-game schedule). [Wikipedia] 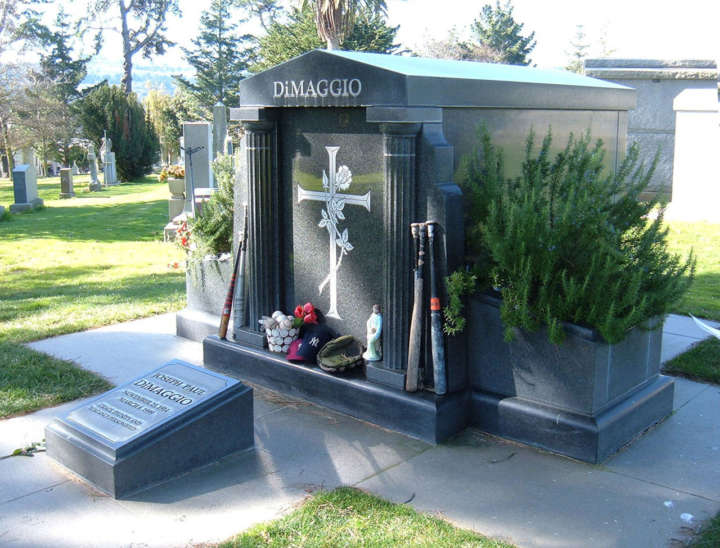 DiMaggio was a three-time MVP winner and an All-Star in each of his 13 seasons. During his tenure with the Yankees, the club won ten American League pennants and nine World Series championships. [Wikipedia]