What’s My Line? was an Emmy-winning game show which originally ran in the United States on the CBS television network from 1950 to 1967. Moderated by John Charles Daly, the show featured a variety of celebrity panelists (including Steve Allen, Soupy Sales and Bennett Cerf) who were tasked with determining the guest’s occupation through asking a series of yes-no questions. 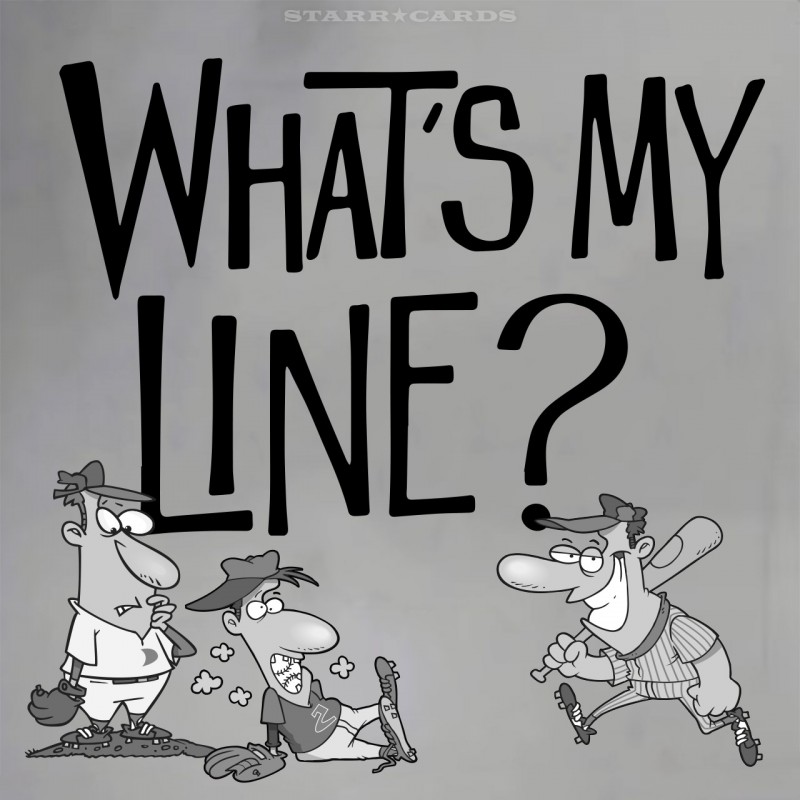 Filmed in New York, What’s My Line? played host to a number of baseball legends during their playing careers including several hometown Yankees.

Mickey Mantle moved to center field for the Yankees in his second year in the big leagues, taking over the spot from Joe DiMaggio who retired at the end of the 1951 season. He appeared on What’s My Line? early in his third year and would go on to be named to the All-Star team for the second time.

Brooklyn Dodgers catcher Roy Campanella was in the midst of his finest year when he appeared as a guest on the game show. He finished the season with a league-leading 142 RBIs and a batting average of .312 on way to winning his second MVP award in three years.

When he was the mystery guest on What’s My Line?, Red Sox legendary left fielder Ted Williams was just coming off a season in which he appeared in only 37 games, posting a .407 batting average.

Midway through his third season, New York Giants outfielder Willie Mays came on What’s My Line?, affecting a high pitched voice to help conceal his identity from the blindfolded panelists. The “Say Hey Kid” went on to finish the 1954 season as the league MVP with 41 home runs and a .345 batting average.

Yankees manager Yogi Berra was a mystery guest on What’s My Line? nine days before the 1961 All-Star Game which would feature four of his players as starters: pitcher Whitey Ford, shortstop Tony Kubek, and outfielders Mickey Mantle and Roger Maris.