The Hamilton softball team advanced in the Broadway Show League’s playoffs after prevailing 4-2 over Kinky Boots in the opening round. The win sets up a rematch this coming Thursday with Aladdin, which not only tagged Hamilton with their lone loss of the season, but produced a slick parody video to rub it in.

Adding insult to injury, the video features the cast from Disney’s 5-year-old musical singing Hamilton’s signature song with altered lyrics to commemorate their 12-8 victory in the final game of the regular season. This is the exactly the kind of taunt that led to duels being fought in time’s past — just ask Hamilton.

We defeated the undefeated Hamilton team yesterday in an exciting, well-played game from both sides. 12-9! 👏🏽⚾️ #BroadwaySoftballLeague

The Broadway Show League emerged in the 1950s from the regular softball games played at Central Park between the casts and crews of various Broadway shows. The Effrat division to which Hamilton and Aladdin now belong, is named for the league’s founder, John Effrat, an erstwhile employee of the Actors Fund.

Games are played on Thursday afternoons at Heckscher Ballfields, and for fans of the perpetually sold-out Hamilton musical, they have served as an alternative means to see the stars in action.

While Hamilton’s creator Lin-Manuel Miranda has not played in any games thus far, he did take time out early in the summer to perform “Heart” from Damn Yankees alongside the softball team. 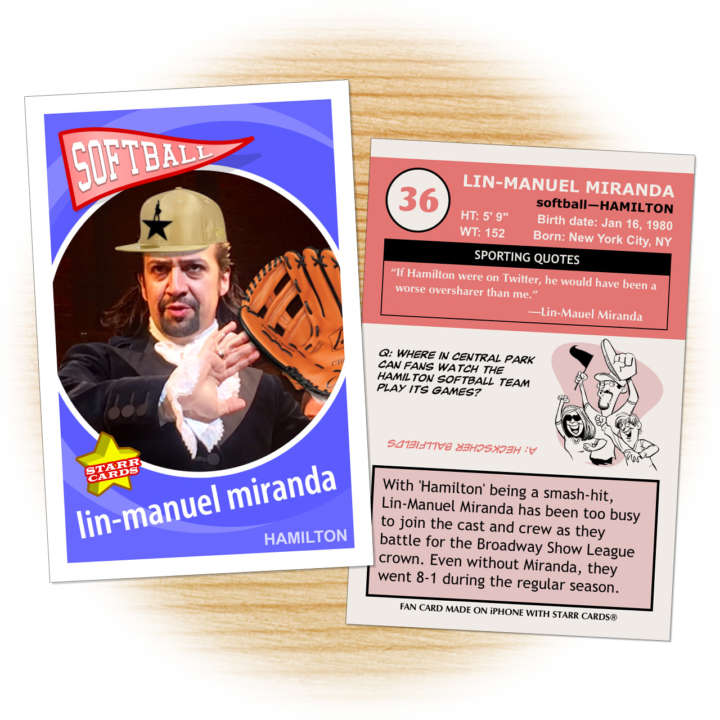 Long before Hamilton’s sold-old 2015 premiere at The Public Theater in New York City, composer/lyricist/rapper Miranda performed what would become it’s title song (the same one Aladdin spoofed) at a White House Poetry Jam in 2009.

The musical first took shape in Miranda’s mind while vacationing in Mexico after he read Ron Chernow’s bestselling biography Alexander Hamilton. Following it’s successful off-Broadway launch, the hip-hop retelling of the Founding Father’s life moved to the Richard Rodgers Theatre in August, 2015. Tickets have been nearly impossible to get ever since. 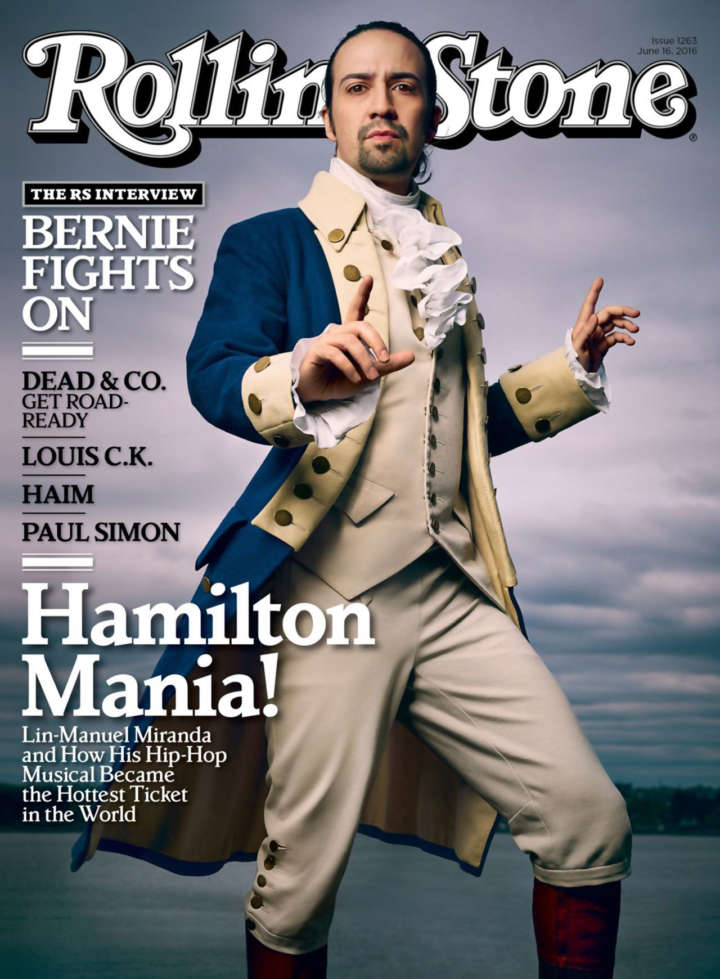 Earlier this year, the hit broadway musical claimed the most Tony nominations ever by a single production with 16 in 13 different categories, surpassing the previous record of 15 shared by The Producers (2001) and Billy Elliot (2009).

Winning the Broadway Show League would be yet another feather in the already many-feathered cap for Hamilton the softball team. As for the musical itself, Miranda, Leslie Odom Jr. and Phillipa Soo took their final bows on Saturday night in front of a star-studded crowd which included Jennifer Lopez, Ed Norton, Jane Fonda, Mariska Hargitay, Rosie O’Donnell and Kyra Sedgwick.

Miranda’s understudy, Javier Munoz, will step in as the musical’s new lead.