Years before she won an Open Era record 23 Grand Slams, Serena Jameka Williams was a three-year old kid learning tennis from her father in Compton, California.

This #ThrowbackThursday we look at Williams’ path from being a pint-sized prodigy to arguably the greatest women’s tennis player to ever set foot on the court.

Born in 1981 in Saginaw, Michigan, Williams’ family moved to Compton when she was still a toddler, and at the ripe-old age of three her father had her swinging a racket. By the time she was seven, and her sister Venus was eight, both girls were already showing the form that would lead them to so many victories in the years to come. 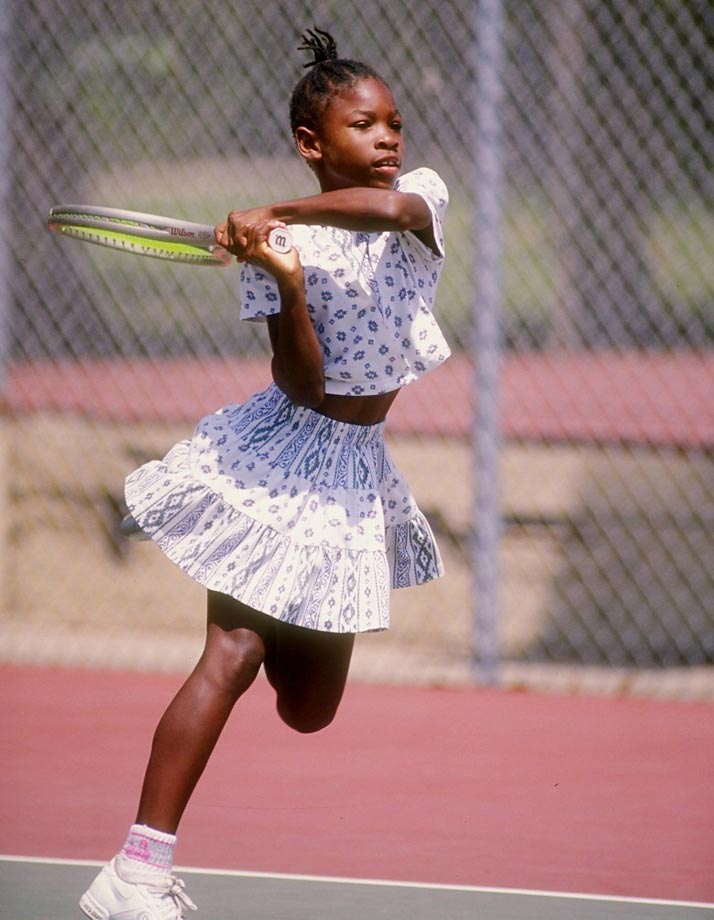 The family moved again when Serena was nine, so that she and her sister could train Rick Macci’s highly-acclaimed tennis academy in West Palm Beach, Florida.

In 1992, Trans World Sport headed to the Sunshine State to meet up with the Williams sisters who were then just 11 and 12 years old. Aside from having the ambition of turning pro, the younger Williams shared that she would like to become a veterinarian as well. At the time of the interview, Venus had won all 63 of the junior tournaments she had played in, while her sister had claimed 50 of her 52 competitions.

In 1999, Williams won her first Grand Slam tournament with a 6-3, 7-6 victory over top-ranked Martina Hingis at the US Open. On July 8, 2002, Williams attained the No. 1 ranking in the world just months after Venus had reached the same benchmark.

''I always say that when I'm playing well, no one can beat me. I'm not just saying that to sound full of myself or anything, but it's true.''

Since that first US Open singles title, Willams has picked up five more in Flushing Meadows, as well as seven each at Wimbledon and the Australian Open, and three at the French Open. Williams has twice won four Grand Slam titles in a row, first in 2002-03 and again in 2014-15.

Following the birth of her first child — Alexis Olympia Ohanian Jr — Williams failed to pick up any more Slams in 2018 or 2019, but should she find her groove again… watch out.