For a sport that has long prided itself as a gentleman’s game, spectated by gentlefolk, Ben Stokes salty language on the cricket pitch can be as acerbic as over-steeped tea.

In his mid twenties, Stokes has trained hard to become one of the top cricketers in the world. Originally from New Zealand, he now lives in England where he serves as vice captain of the English National Test Team despite his bad boy rep — he once was suspended with pay from the team following an early-morning altercation in Bristol. 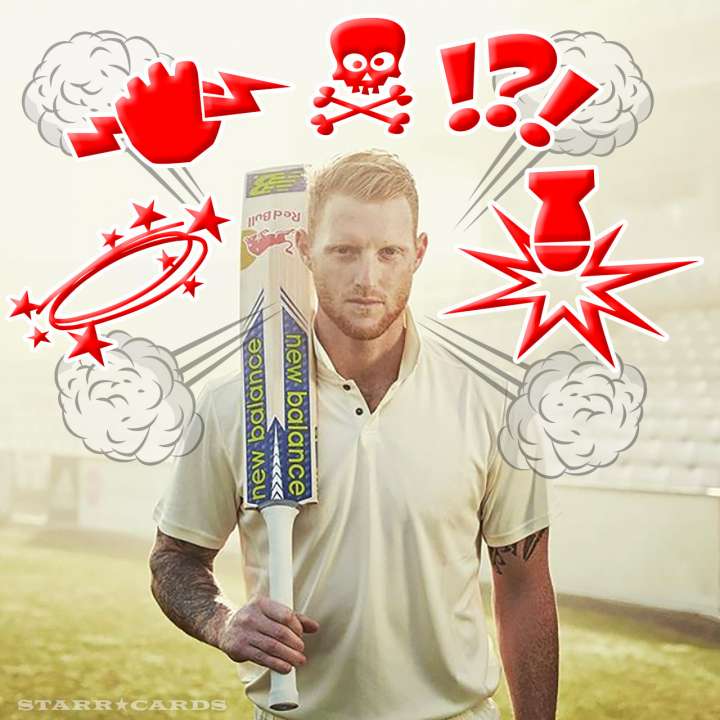 ''People still like to call it the gentleman's game, but the further on it's gone, the more, I think, aggressive cricket has got. There's more people now that would be associated with aggressive, in-your-face cricketers, and I feel like I'm one of them.''

That Stokes — with his fiery demeanor and heavily tattooed arms — appears more suited to rugby than cricket, should come as no surprise. His grandfather, father and brother have all played rugby at a high level.

FROM SUPERGIANT TO ROYAL

In 2017, Stokes became the highest paid English cricketer in the Indian Premier League when he signed a contract for 1.7 million pounds with the Rising Pune Supergiants. The following season, he was bought by the Rajasthan Royals for the top amount in the 2018 IPL auction. It remains to be seen if he’ll eventually embellish his invective on the Asian subcontinent with Hindi, Marathi or Rajasthani phrases.

2019 ICC Cricket World Cup hosts England have been plenty happy Stokes is playing for the home team. In the first six matches he tallied 202 runs while taking five wickets. He also managed to snag a rocket of a ball off the bat of South Africa’s Andile Phehlukwayo that is already being described as the Catch of the Century.

Stokes saved his World Cup best for last as he scored two sixes in the final over of the final to force the super over, where his side ultimately prevailed.