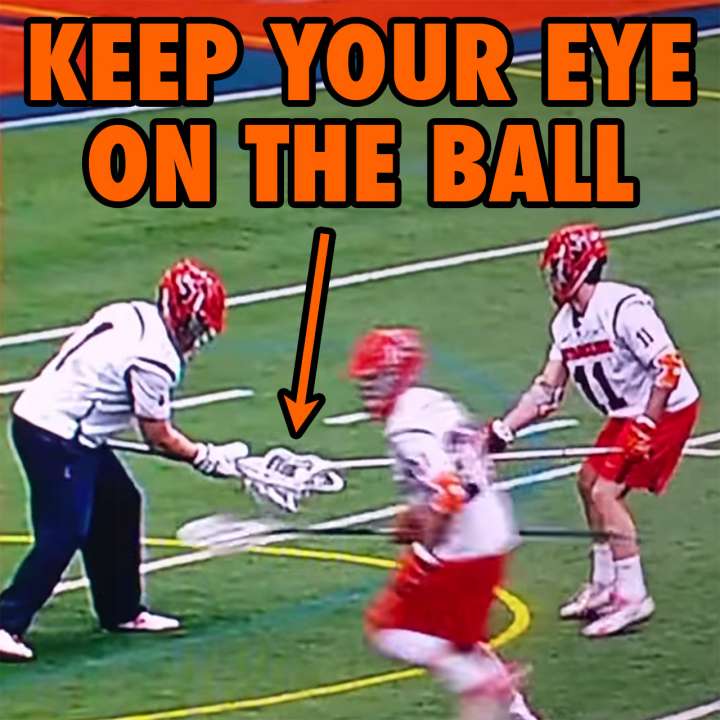 This past weekend, Syracuse lacrosse defenseman Brandon Mullins added his name to the list of athletes who have successfully executed the ol’ hidden-ball trick. Mullins’ sleight of stick came early in the first quarter against Virginia.

Assisting in the ball-exchange that wasn’t, was goalie Bobby Wardwell. So convincing were the duo, that even the cameraman and commentators were completely befuddled.

Lacrosse isn’t the only sport to periodically employ the hidden-ball trick. Listen to Mariners second baseman Harold Reynolds explain how he kept the baseball tucked away in his glove while he coaxed a naive Darryl Hamilton off first base.

The size of a football being what it is, you wouldn’t think it would lend itself to being hidden away from the defense, but that’s exactly what Steve Spurrier’s Florida Gators managed to do (at least, for nine yards).

KEEP YOUR EYE ON THE BALL

All the variants of the hidden-ball trick have their root in the fine art of misdirection, which street magicians have been employing since time immemorial. Watch America’s Got Talent winner Mat Franco wow the judges with a classic version of the illusion.