Full-court basketball shots are made only once in a blue moon, so making one from more than twelve times that distance should be near impossible. And yet…

The crew at How Ridiculous specializes in making the seemingly impossible, possible. With their minds set on recapturing the record for the world’s highest basketball shot, the trio secured permission to set up a basketball hoop at the bottom of Mauvoisin Dam in Switzerland.

On just his third attempt, Derek Herron tossed the ball from the top of the dam and when it rattled through the rim 593.73-feet (180.968m) away, he had himself a new world record. 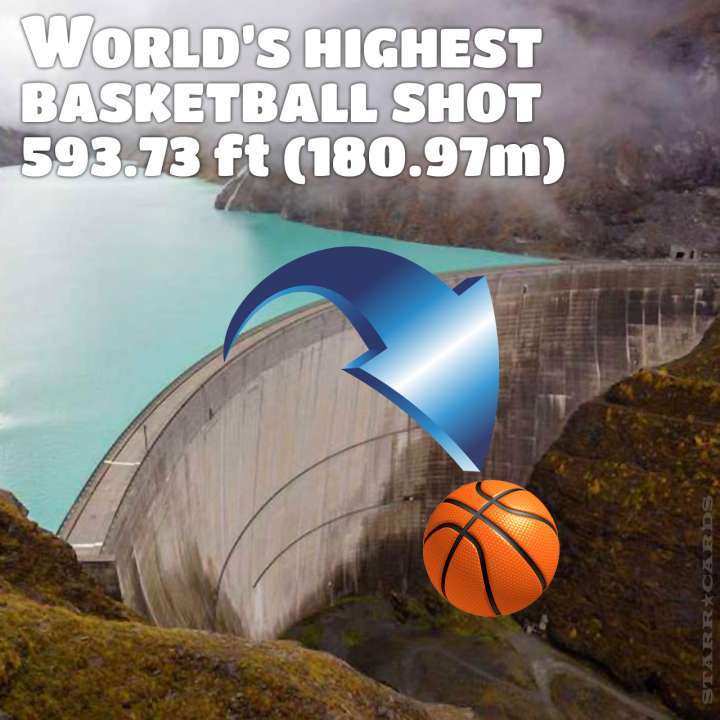 Picture by National Geographic photographer Joe McNally from the top of the Burj Khalifa, #Dubai pic.twitter.com/rxKHPfY8V7

How Ridiculous still have their eyes set on Dubai as a possible destination to break their own record. The Burj Al Arab helicopter pad (where Roger Federer and Andre Agassi played tennis) or Burj Khalifa at 2,717 feet tall (829.8m) have been identified as possible launch sites.

The previous world’s highest basketball shot belonged to Dude Perfect. In 2016, Tyler Toney nailed a 533-foot shot launched from the top of the Chase Tower in Oklahoma City.

Shortly after How Ridiculous set the new world record, Harlem Globetrotter Buckets Blakes went 58 stories up on the Tower of the Americas in San Antonio, Texas to set a new North American record at 583 feet 8 inches.