Plastic water bottles are the boon and bane of modern society. 1,500 of the ubiquitous crunchy cylinders are consumed every second in the United States. While convenient for porting water, millions of the petroleum-based bottles never get recycled and instead wind up in landfills.

The pint-sized environmental disasters do have a saving grace — partially filled, they’re perfect for flipping.

Not to be outdone by their Aussie counterparts, Texas-based Dude Perfect literally flipped out in putting together their own water bottle flip compilation. 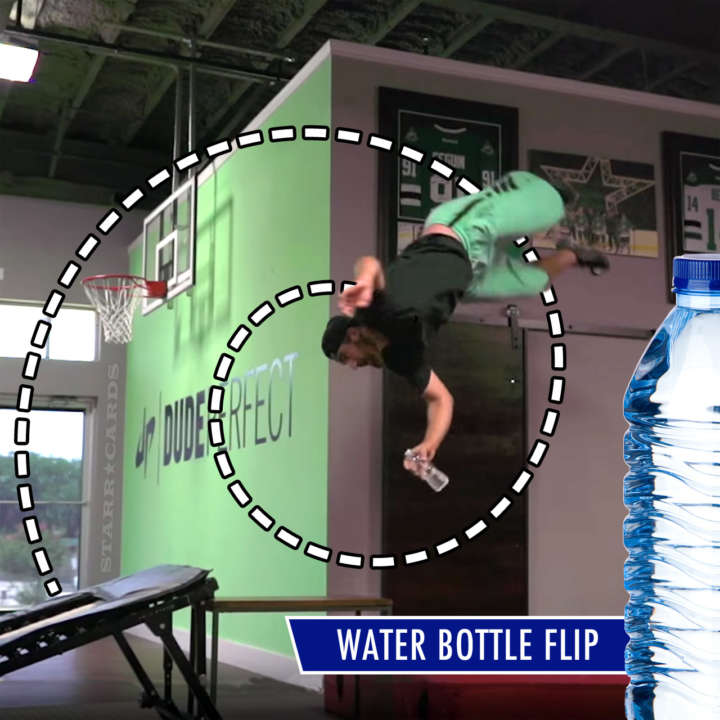 The highlight came when Tyler Toney initiated a bottle flip while flipping over the targeted table.

In May, Mike Senatore, a student at Ardrey Kell High School in Charlotte, blew up his school’s talent show with a single, successful bottle flip.

@Mike_Senatore FLIPPED A WATER BOTTLE FOR OUR TALENT SHOW AND ITS THE MOST LIT THING IVER EVER EXPERIENCED pic.twitter.com/2G0GTiy2O4

BEST OF THE REST

Anyone with a cellphone camera can get in on the fun. So, what are you waiting for?