While it has been speculated that the Illuminati had a hand in Prince’s untimely death, the secretive group may also be gaming the NBA’s Eastern Conference Finals. Their tell-tale triangular symbol can be inferred (or photoshopped) in the three-way intrigue between LeBron James, Rihanna and Drake. 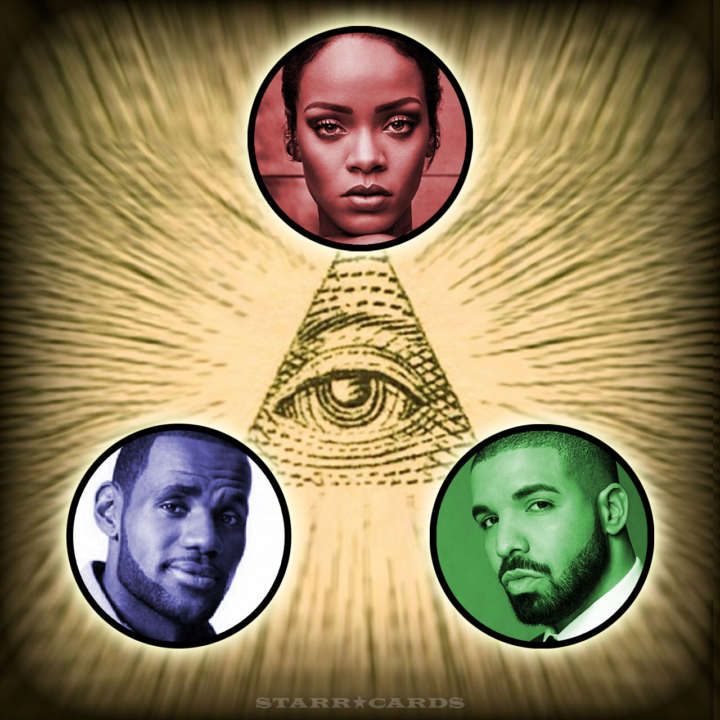 Hoops fan Rihanna, who may or may not be dating Drake, got things rolling by posting a picture on Instagram with James’ number 23 written with sunscreen across her toned tummy.

For his part, fun-loving Drake — who has been known to pal around with James on occasion — trolled the Cleveland Cavaliers star before Game 4 with a picture that could rival the Crying Jordan meme…

As of yet, James hasn’t responded — at least publically — to Rihanna and Drake’s provocations.

As is James’ tradition, he went “dark” on social media prior to the start of the playoffs. Ostensibly, the practice is to eliminate distractions, but was it instead a cryptic message to the Illuminati? Or was it foreshadowing the space part of Space Jam 2?

We’ll have to wait until after the Cavs conclude their playoff run for light to be shed on the whole affair.