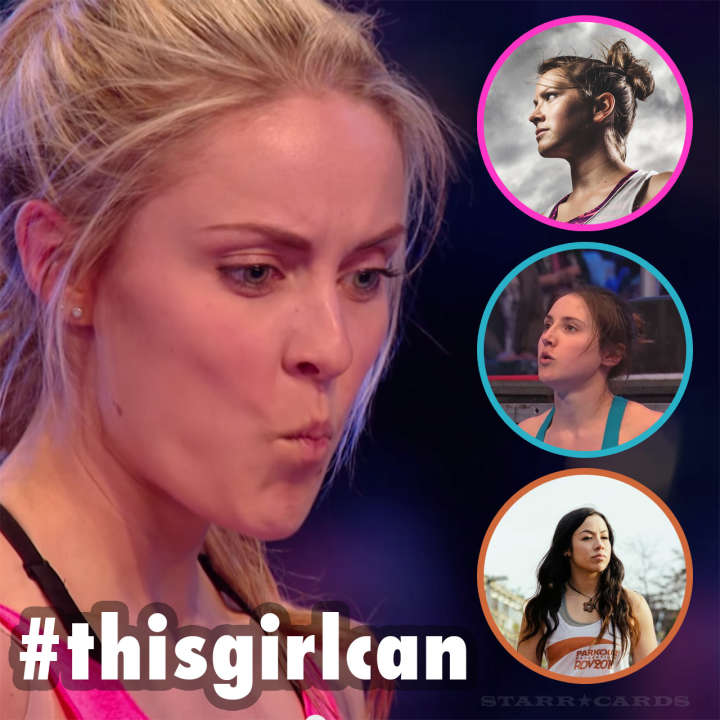 Last year, Kacy Catanzaro wowed the sporting world with her mastery of devilishly-hard obstacle courses. Now, new female stars are emerging in the British version of Ninja Warrior — the climbing-swinging-running-jumping franchise that originated in Japan as something of a novelty.

None of the six Ninja Warrior UK obstacles could stop Southhampton’s Katie McDonnell from becoming the first woman to successfully navigate the course. The accomplished freerunner bounded her way to the finish in a time of 2 minutes 28 seconds.

As evidenced by her April training video log, McDonnell’s success was no accident…

The parkour coaches proved to be no slouches when it came to navigating the varied obstacles and continued the record of success enjoyed by the show’s freerunner competitors.

Lilian Hunt is a Marvel comic book superheroine come to life. During the day she plays the part of a mild-mannered PhD student at The Francis Crick Institute. Outside the classroom, she’s a hyper-gifted, athletic daredevil.

Hunt clearly demonstrated that her muscles extend well below her brain in completing the course. Her time of 3 minutes 15 seconds was good enough to qualify her for the semi-final round.

Lest you watch McDonnell and Hunt’s run and start to believe the Ninja Warrior course is a breeze, consider that it claimed a good number of victims on the very first jump.

Angela Rodway was one of the unfortunates to discover just how tough it is to become a ninja warrior. The sixty-seven year old teacher joined a list of contestants in the ignominious #onejumpclub.

Inspired by the likes of Hunt, Hood, Darlington and McDonnell, the next generation of UK-based obstacle racers are already in training. Betsy Lenton used a backyard toy slide to simulate the ascent of the warped wall on way to the finishing buzzer.