Olympic gymnast Nile Wilson is used to competing against world-class athletes (like fellow Brits Jay Thompson and Brinn Bevan), but couldn’t have anticipated the challenge of going toe-to-toe with a 13-year-old prodigy.

Late in 2017, Wilson invited countryman (countryboy?) Simon Toussaint to his home gym at Leeds Gymnastics Club for an epic battle in a variety of gymnastic strength feats. After winning the first three challenges, Wilson was feeling pretty confident about out-flexing his junior, but Toussaint rebounded. 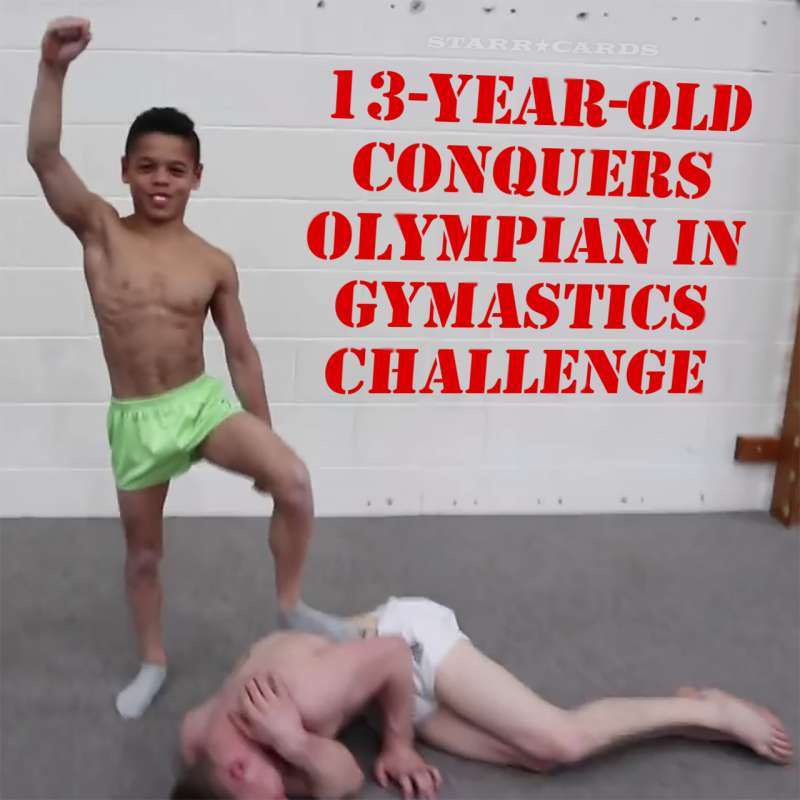 On his specialty, the rings, Toussaint showed off his eight-pack abs while performing 15 muscle ups to Wilson’s 14. After pulling even with Wilson at three challenges apiece, the youngster delivered the victory by outlasting Wilson in a one-armed handstand.

Months later, Toussaint again squared off versus Wilson in a backyard gymnastics challenge in Yorkshire. Wilson exacted a measure of revenge against his pint-sized rival when he lead his Milkbottle Wilsonators to victory.

Since his YouTube appearances with Wilson, Toussaint has been continuing to compete in national-level gymnastics events.

Recently, Toussaint, now 14-years-old, came away with a neck full of shiny medals from the 2018 London Open in which he showcased his skills in the floor exercise and on the pommel horse, parallel bars, rings and vault.