Laurel or Yanny? In the realm of baseball, Cuban pitcher Yanny wins hands down

Laurel or Yanny? In the realm of baseball, Cuban pitcher Yanny wins hands down

Last year an audio illusion went viral that divided the United States as profoundly as the philosophical split between red and blue states. Forty-seven percent of listeners to the recording clearly heard, “Yanny”, while fifty-three percent heard “Laurel”.

In the realm of professional team sports, the Laurel vs Yanny debate has few champions to take the field. In fact, you won’t find either name in the annals of basketball, football or hockey. 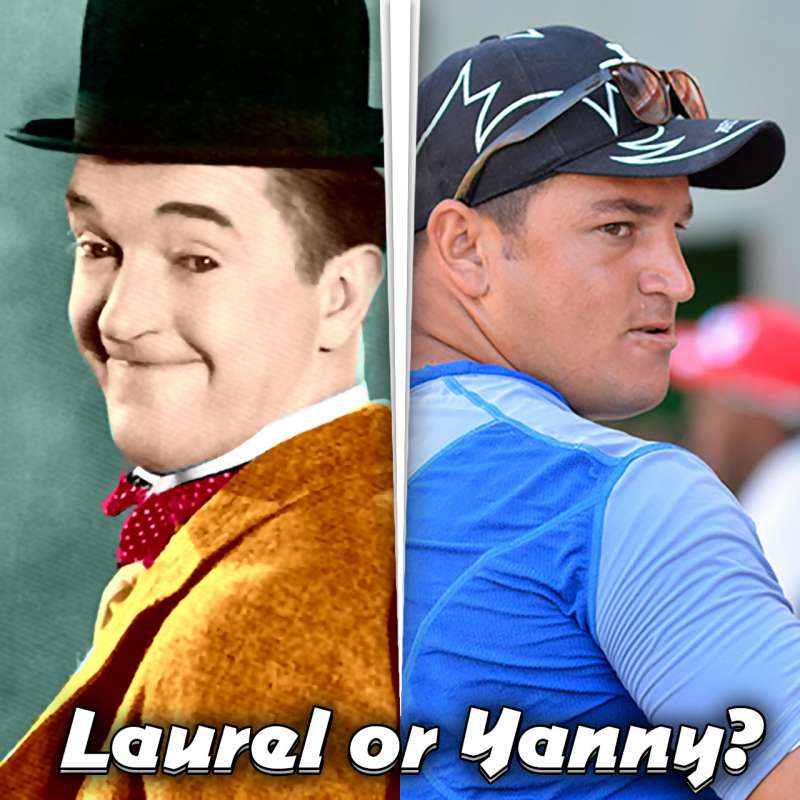 We had to scan the entirety of baseball’s nearly 150-year-old history to find a pair of representatives for the contentious first names.

In 1947, Laurel F. Harney was one of two managers for the Victoria Athletics, a British-Columbia based affiliate of the New York Yankees, which played in the Western International League. The season before, he was listed on the team’s roster but failed to produce any statistics or even biographical data.

Yanny, on the other hand, is a name that doesn’t show up on baseballreference.com until pitcher Yanny Delgado signed with the Naranjas de Villa Clara of the Cuban National Series for the 2013-14 season. Despite the funky stats being reported for the 2017-18 season, Yanny clearly outshines Laurel on the baseball diamond.

While baseball was unable to produce a Laurel of any note, the same can’t be said of Hollywood. As Laurels go, none have come close to the fame of the slender half of comedic duo Laurel and Hardy who entertained movie audiences from the 1920s to the 1940s. Did half the country seriously think of them as Yanny and Hardy? Apparently comedy is in the ear of the beholder.