Look out below! World’s highest basketball shot taken from atop 660-foot African waterfall

Look out below! World’s highest basketball shot taken from atop 660-foot African waterfall

A regulation basketball rim stands 10-feet above the court. Now, imagine making a shot from 66 times that height, while contending with swirling air currents, and you have an idea of what it takes to get a world record.

The crew at How Ridiculous specializes in making the seemingly impossible, possible. Intent on breaking their own record for the World’s Highest Basketball Shot, the trio secured permission to set up a hoop at the bottom of Maletsunyane Falls in Lesotho, Africa. 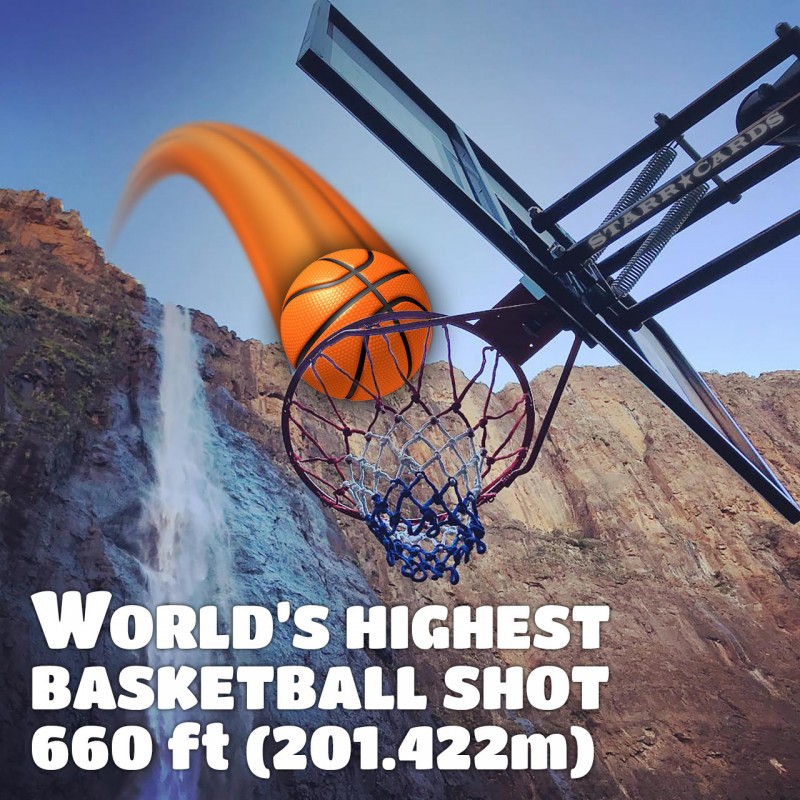 The world-record shot, which travelled 660 feet (201.422m) before rattling through the rim, was launched by Derek Herron as buddies Scott Gaunson and Brett Stanford watched from below.

Setting a record of this magnitude is no small feat. In all it required six days, several badly-dinged GoPros and 1,544 shots, before the ball found the basket and set off a chorus of celebratory shouts.