Austrian Markus “Max” Stöckl likes nothing better than to go down a slope as fast as possible and has been setting speed downhill mountain-bike records for over 20 years.

Last year, at 42 years of age, Stöckl took aim at his own speed world record for cycling down a gravel-based mountain on a production mountain bike.

Stöckl and his six-man support team identified the barren terrain of Chile’s Atacama Desert on the country’s Pacific coast for his attempt. Other than the colorfully attired daredevil and his small team, all that could be seen was boulders and stones for miles and miles. 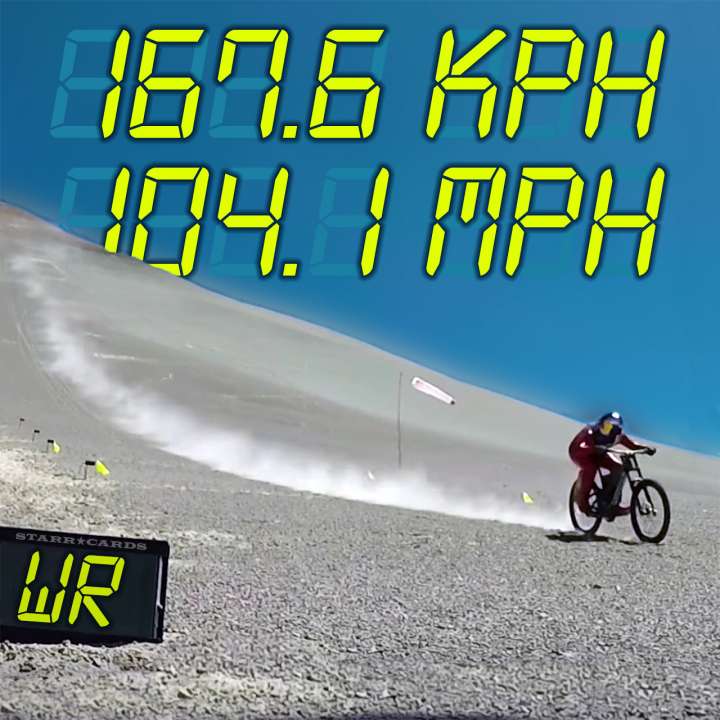 The setup proved ideal, as Stöckl hit a world-record speed of 167.6 kph (104.1 mph) with his bone-rattling rumble down the mountain.

Stöckl’s previous record was set in 2011, when he bombed down the steeply-pitched volcanic cone of Cerro Negro in Nicaragua at 164.95 kph.