Spin Me Round Like a Record: Kelly Slater adds surfing to sports in the 540 club

Spin Me Round Like a Record: Kelly Slater adds surfing to sports in the 540 club 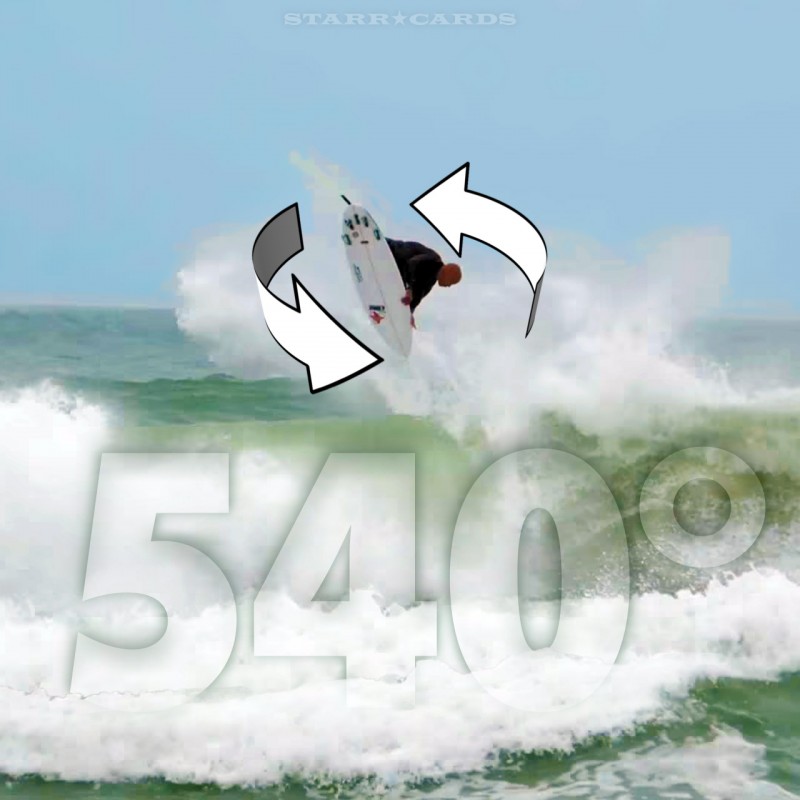 In 2014, 11-time world surfing champion Kelly Slater carved another notch in his board when he became the first surfer to throw a 540 while catching a wave off the coast of Portugal.

In the excitement following Slater’s epic trick, a few over-zealous commentators declared the move a 720 (even though the aerial portion covers “only” one-and-one-half turns). No matter what you call it, the move officially adds surfing to sports that have eclipsed the 360.

Skateboarders have been landing 540s for years, and have since made the 1080 the new gold standard. Still, when 9-year-old Sabre Norris from Newcastle, Australia threw a 540 earlier this year the video racked up more than a million views.

Throwing a bunny-hop 540 on a BMX bike, requires some serious focus. As Brad Simms explains, the roll out from the spin is the trickiest part of the stunt.

Not content with a mere one-and-a-half turns, ice skaters have graduated to the quadruple axel — or a full 1440 mind-numbing degrees.

For sheer wow factor, it’s hard to compete with a 540 kick in martial arts. Toss in three kicks while spinning and you have a Crouching Tiger Hidden Dragon move in real life.

Jumping from an elevation provides more time to spin, so you might as well throw an inverted pose into your 540 for good measure.

A 360 jam is impressive enough, but add a half turn and it becomes the stuff of legends and a sure competition winner. In the above video, Team Flight Bothers’ T-Dub — standing a full five-foot-nine — throws down a 540 slam dunk in the finals at the 2010 NBA Live event.