Earlier this summer, the Canadian men’s basketball team had its sites set on qualifying for its first Olympic Games since 2000, but expected leader Andrew Wiggins opted out to prepare for his third season with the Minnesota Timberwolves… and to work on a 720 dunk. 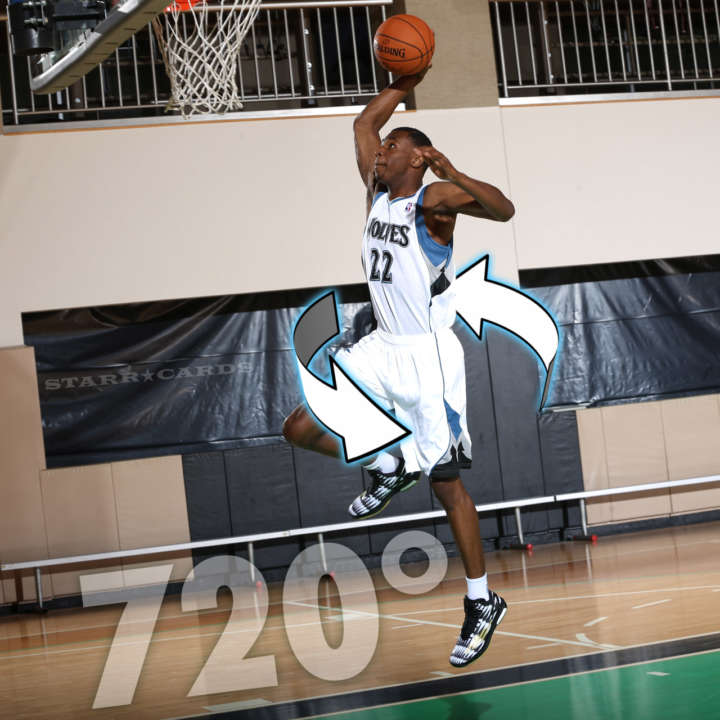 While Wiggins hasn’t yet been able to finish the twice-around throw down, he’s coming up just a few degrees short. If and when he perfects the 720, all other dunk contestants may as well pack their duffel bags and go home.

Wiggins hasn’t participated in a dunk contest ever since he “lost” one in High School to Chris Walker, but the 720 might lure him out of his self-imposed retirement.

''I'm not doing it again. Maybe one day, but right now, I lost in high school and I thought I should've won.''

The 540 is a much more common trick in sports — basketball didn’t see its first 720 until 2006. The groundbreaking dunk came courtesy of streetballer Taurian Fontenette aka The Air Up There.

If Wiggins can join Fontenette in the 720 Club, he’ll be breathing exceptionally rarefied air.