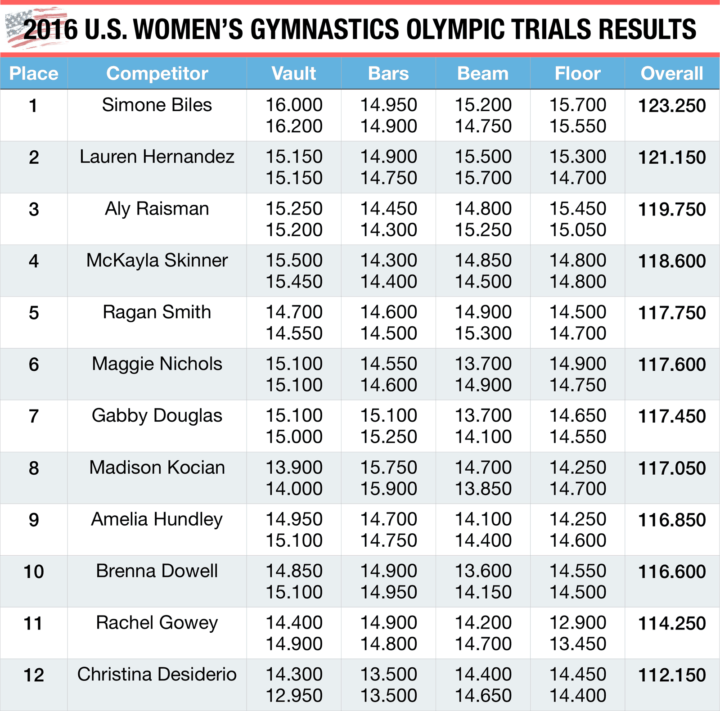 Joining Kocian and Douglas on Team USA are the top three overall finishers; Simone Biles, Laurie Hernandez and Aly Raisman. The three replacement gymnasts that will also be traveling to Rio are McKayla Skinner, Ragan Smith and Ashton Locklear.

Last night my Olympic Dream became a reality😍 I have to thank all of my family, friends, teammates, coaches, & fans who have supported me throughout this journey. Without my support system, I wouldn't be able to accomplish any of this. Most importantly, I'd like to thank my coaches Laurent & Cecile for pushing me to be my best and never giving up on me. They have believed in me since day 1, kept me positive throughout the setbacks & given me so much more confidence in myself. To all of the USA Gym staff, thank you for giving me this opportunity to represent USA in Rio🎉 I'm so proud of all of my girls who competed at Olympic Trials this past weekend! I can't wait to travel with the best teammates and make amazing memories with them!! I can't thank everyone enough for all of the love❤️💙 Team USA is ready to dominate in Rio💪🏼

At last year’s World Artistic Gymnastics Championships in Glasgow, Scotland, Kocian’s routine on the uneven bars tied with three other gymnasts (China’s Fan Yilin, and Russia’s Viktoria Komova and Daria Spiridonova) for first place with a score of 15.366

In Rio, as Team USA’s bar specialist, Kocian will be endeavoring to stand alone atop the event’s medal podium.

''It's crazy. I can't even believe that I'm actually an Olympian right now, so I'm just really excited to represent U.S.A. and it's just an honor.''

A Texan through and through, Kocian was born and raised in Dallas, and trains at the nearby World Olympic Gymnastics Academy (WOGA) under coach Laurent Landi. The 19-year-old committed to attend UCLA in the fall, where she will join former Olympian Kyla Ross on the Bruins’ gymnastics team. 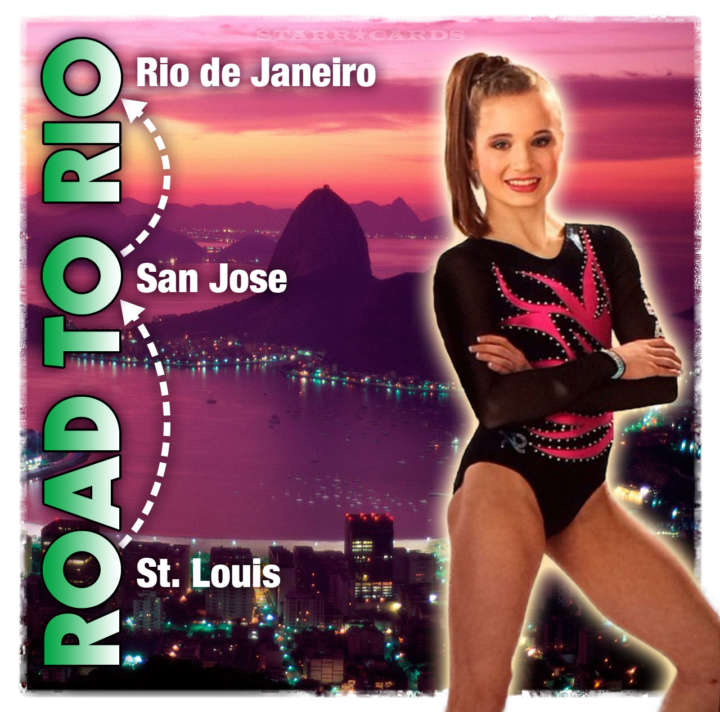 In addition to Kocian’s gold medal in uneven bars at last year’s Worlds, she has been an integral part of the past two U.S. squads to win the team competition.