Perceptions of Persia: Skateboarding Iran from Tehran to Isfahan to Shiraz

Perceptions of Persia: Skateboarding Iran from Tehran to Isfahan to Shiraz

Iran has been vilified by the West, and the United States in particular, ever since the 1979 overthrow of Mohammad Reza Shah. In 2002, former President George W. Bush went so far as to include the country in what he labeled an “Axis of Evil”. 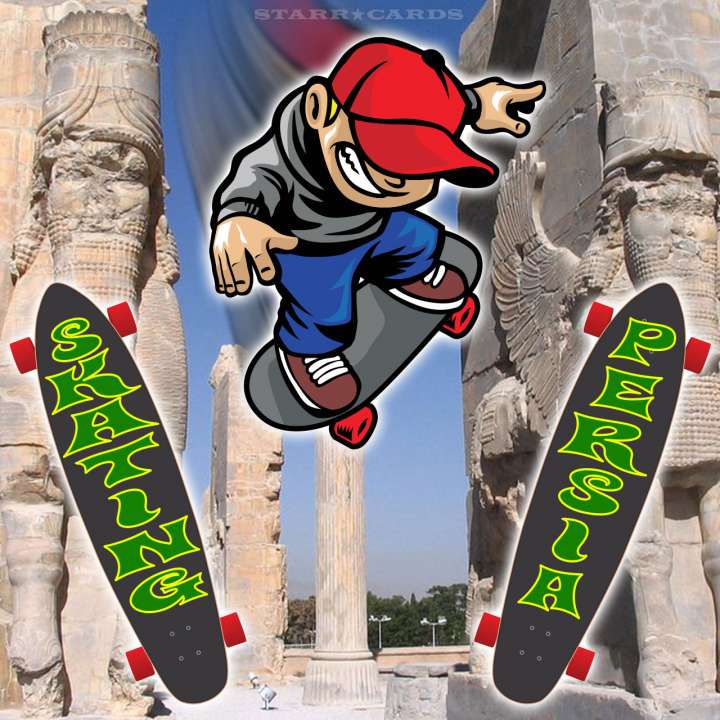 So it was with some trepidation that Jaakko Ojanen (Finland), Carlos Cardenosa (Spain) and Nassim Lachhab (Morocco) travelled to Iran to explore skating opportunities from Tehran to Isfahan to Shiraz.

After a few intense days in the bustle of Tehran, it was time to get away from the congestion and spark up the van to head south through the interior of Iran. In Isfahan, Ojanen, Cardenosa and Lachhab skated Naqsh-e Jahan Square — one of the largest public squares in the world — with ornately-tiled Shah Mosque forming a colorful backdrop.

Between cities, the skaters took every opportunity to explore roadside attractions, as did Ojanen when they came upon a large section of concrete pipe.

On their last session, before heading back to Tehran, the three skaters visited the ruins of Persepolis, explored the modern architecture of Shiraz, and took a last peaceful break in the traditional village of Abyaneh, where time appears to have stood still in the shadow of the mountains.

While soccer and freestyle wrestling are far and away the most popular sports in Iran, the American export of skateboarding has gained a modest foothold in the country’s largest cities.

How many Tony Hawks and Nyjah Hustons are waiting to be discovered in a country in which skaters currently number in the hundreds? Time will tell…