With an ambidextrous training regimen that started at a young age, pitcher Pat Venditte developed some pretty good heat throwing with either arm. So good, in fact, that he made it to the Big Leagues.

In 2015, Venditte landed a spot on the Oakland Athletics roster as a switch-pitcher, and has since spent a single season each with the Blue Jays, Mariners, Dodgers and Giants. Venditte’s fastball tops out at 94 mph thrown with his right arm, and 85 mph with the left.

''He dictates what side he’ll throw from, but I had to go on deck guessing which bat to use, because I use two different weight bats. I guessed right — he threw left, so I hit right, which is my natural side, and lined a single.”

THE GLOVE FROM OUTER SPACE

Will be looking at Pat Venditte's ambidextrous glove all night and all day. Never seen anything like it. #Athletics pic.twitter.com/esIeniljvQ

Pitching in stereo requires a special six-fingered glove made by the Mizuno of Japan that can be worn on either hand. The glove’s namesake is Greg Harris, the only modern-era MLB pitcher to throw with both arms in a single game (with the Montreal Expos in 1995).

Venditte was an instrumental player on the Creighton Bluejays baseball team that won the 2007 Mississippi Valley Conference tournament. CBS Sports Network ran a feature story on the switch-pitcher in the spring of his All American junior year. 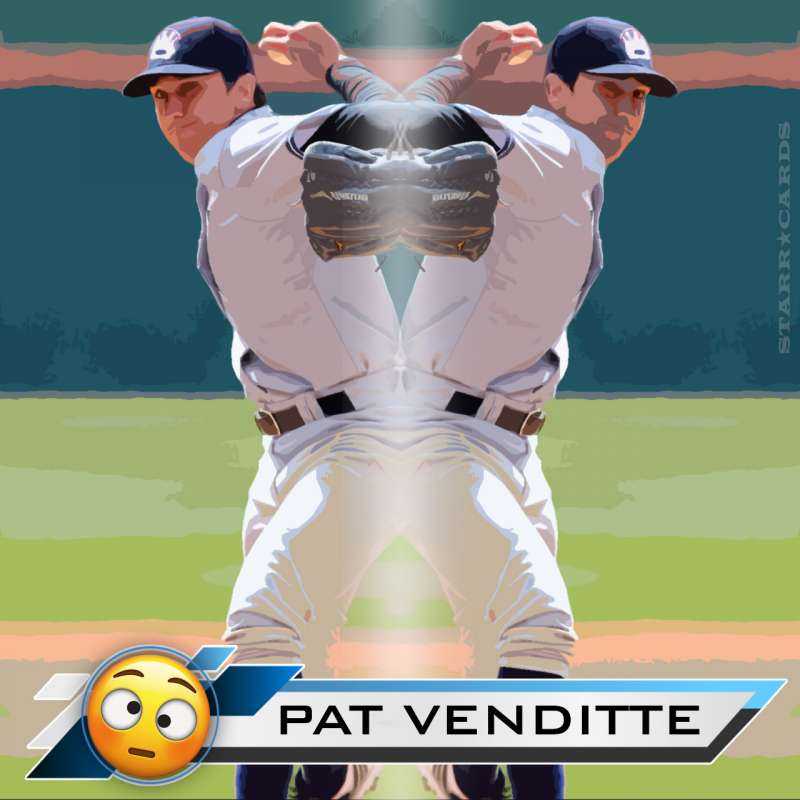 In 2008, the New York Yankees drafted Venditte in the 20th round, and he spent the next several years capably pitching in their farm system until suffering a torn labrum in his right shoulder in 2012. After the 2014 season, Venditte became a free agent and signed a minor league contract with Oakland.

The first major league pitcher to come after batters from both sides was Tony “The Count” Mullane in 1882. The gifted athlete — who played every position except catcher — racked up 284 wins over his professional career with a 3.05 ERA and 1,803 strikeouts. 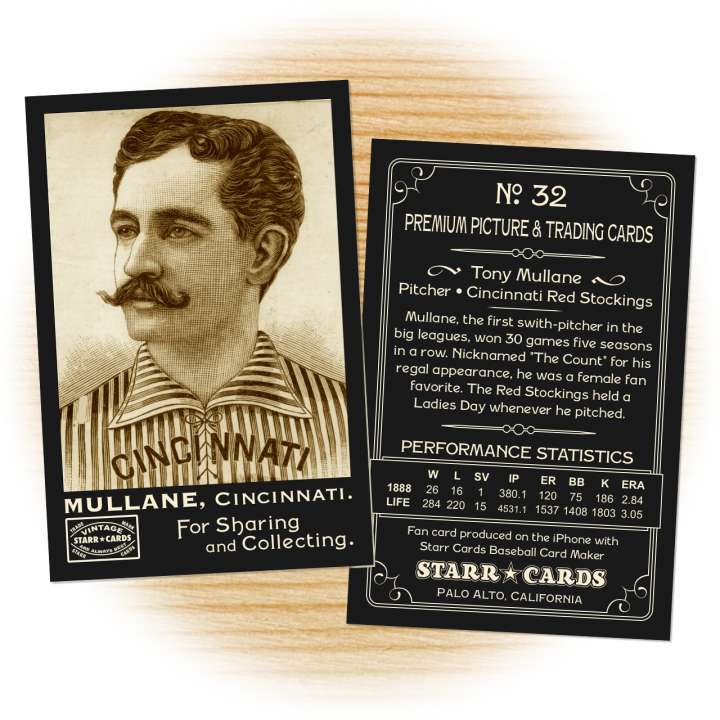 Mullane developed his left arm after blowing out his right arm in a distance throwing contest (he reportedly recorded a throw of 416 feet, 7-3/4 inches). When the injury healed he started pitching from both sides, and unlike Venditte, opted to use no glove at all. The magnificently-mustachioed Mullane was also a decent switch-hitter — he compiled a .243 batting average in 2,720 at-bats.