NBA legends Shaquille O’Neal and Bob Lanier famously wore size-22 shoes during their playing days, but that’s because they both sported size-22 feet — and presumably still do. What happens when amateur hoopsters with normal size feet play in grossly oversized basketball shoes? 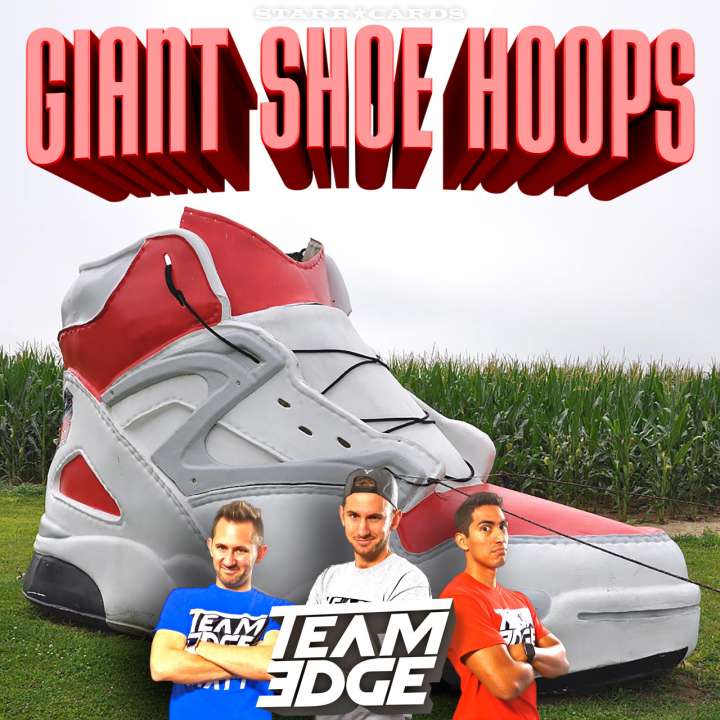 J-Fred and Gunner’s team, appropriately named J-Gun, surged to an early lead but found themselves tied with Bronnor (Bryan and Connor) at halftime. The teams switched into swim flippers for the second half and Bronnor pulled out the win with some clutch shooting in the final minute.

If Team Edge holds a draft before their next giant-shoe basketball challenge, they may want to consider drafting Jeison Rodriguez at No. 1. In 2015, the 20-year-old Venezuelan broke the Guinness World Record for the largest feet at 40 centimeters (1 ft 3.75 in).