Augmented Reality on the Gridiron: NFL of the future looks a lot like ‘Minority Report’

Augmented Reality on the Gridiron: NFL of the future looks a lot like ‘Minority Report’

Think of the movie Minority Report and the scene that immediately comes to mind is Captain John Anderton (Tom Cruise) conducting an investigation by waving his hands to manipulate content projected on a virtual video wall. Now imagine that same technology applied to sports.

The film, released in 2002, was set more than fifty years in the future, but the implementation of gesture-based user interfaces is way ahead of schedule. In fact, it’s already here. Former Vikings punter Chris Kluwe recently gave a TED talk on the possibility of bringing augmented reality to the gridiron. 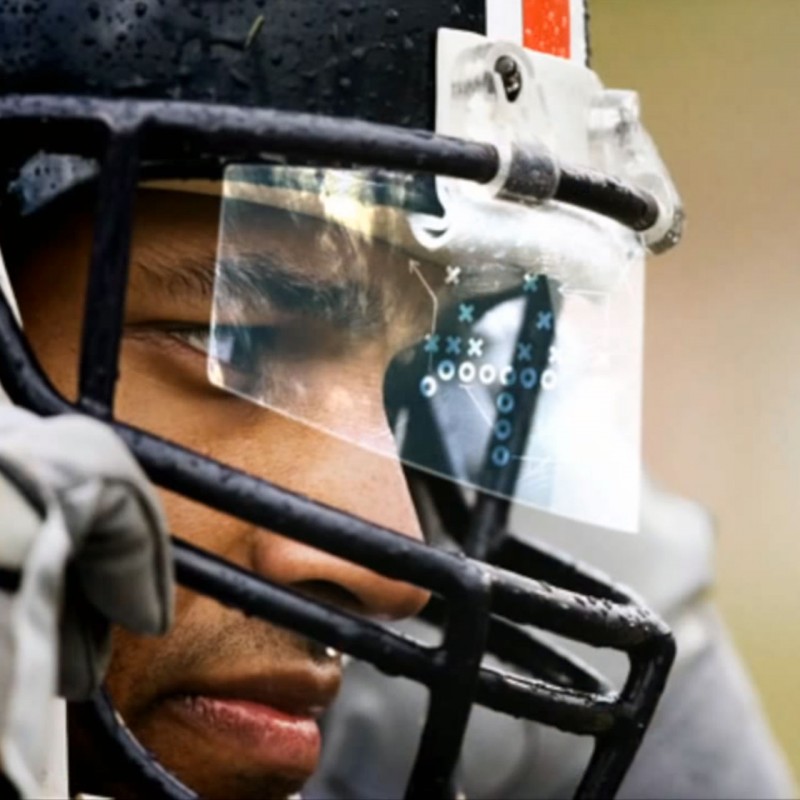 ''In 2023, imagine you're a player walking back to the huddle, and you have your next play displayed right in front of your face on your clear plastic visor that you already wear right now.''

One facet of augmented reality, not mentioned by Kluwe, has been on display during NFL broadcasts since debuting during a 1998 Bengals-Raven game. Known as the “1st and Ten” system, it allows virtual markers to be projected on the field with correct 3D perspective.

There wasn't always a yellow first-down line on @NFL broadcasts. How it came to be: http://t.co/W9cDasrzt1 pic.twitter.com/lMtpl5NyR6

So how does it work? Each broadcast camera transmits its location, tilt, pan, and zoom data to the network’s graphics computer. These readings allow the computer to process exactly where each camera is within a 3-D model of the stadium. Finally, the computer superimposes graphics on the field, using color filtering to avoid obscuring players and field markings.