Dogs on Wheels: Tillman the Skateboarding Bulldog and the world’s best canine skaters

Dogs on Wheels: Tillman the Skateboarding Bulldog and the world’s best canine skaters

Previously, we searched the animal kingdom for the best rock climbing critters — this time around we’ve scoured the globe for the best skateboarding dogs. Without further ado, we present a half-dozen domesticated daredevils for your viewing pleasure.

With well-padded feet and a low center of gravity, one could make the argument that bulldogs are genetically predisposed for skateboarding. None have quite attained the legendary status of Tillman who left behind a treasure-trove of skating videos when he passed away in 2015 at the age of ten.

Me and Shaun White – we totally love to snowboard!

Tillman, who lived with Ron Davis in Oxnard, California, established the world record for the fastest 100 meters on a skateboard by a dog. In a level Los Angeles parking lot outside the 2009 X Games, Tillman clocked in at 19.678 seconds — a bit more than twice the time that Usain Bolt requires to run the same distance. 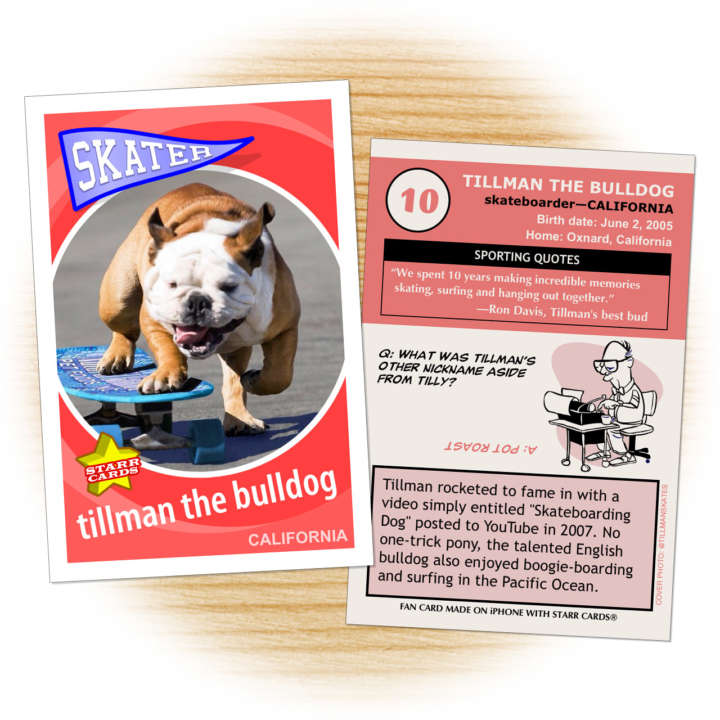 Inspired by Tillman’s derring do, three-year-old Otto of Lima, Peru, set a slightly more obscure world record on on November 8, 2015: the longest human tunnel traveled through by a dog skateboarder. Otto, with no human assistance, cruised through the spread legs of 30 people arrayed on a slightly downhill sidewalk.

Fame has its perks. When Otto travels with his humans, Luciana Viale and Robert Rickards, he takes along his own custom-printed skateboard.

Jumpy is a border collie mix with a long list of acting credits to his name, including TV commercials for Samsung, Lexus and Bud Light; guest spots in NCIS and Rove LA; and film appearances in Knight of Cups and Swimming on Air.

When Jumpy isn’t mugging for the camera, you might find him showing off his tricks at a local skate park with legendary animal trainer Omar Von Muller. In 2013, Jumpy usurped Tillman for the title of “world’s fastest skateboarding dog” after recording a 19.65 seconds in the 100 meters.

Set to surf music, Bamboo’s YouTube skate videos have the tawny-colored mutt rolling placidly along in beach towns like Del Mar and Seaside.

Bamboo was part of a litter born to a stray dog in the desert near San Bernardino, California. Adopted by Mike Bolaris of Solana Beach, Bamboo’s skating exploits have garnered him more than 14,000 Facebook fans and another 6,000 on Instagram. 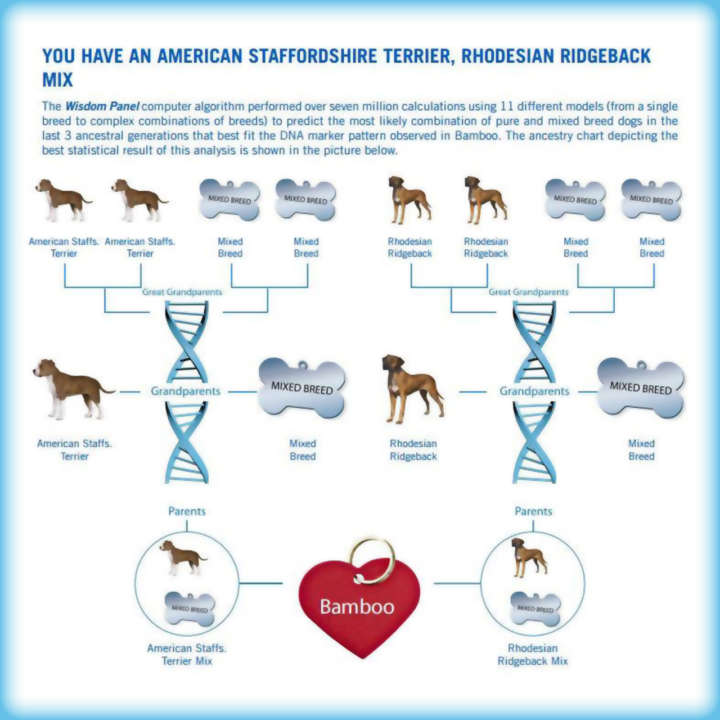 A DNA test conducted last year revealed that Bamboo has some Rhodesian ridgeback and American Staffordshire terrier ancestry. Alas, the test did not indicate what side of the family he gets his skate skills from.

Neo and Tuxedo are two of the skateboarding Boston terriers trained by Kang Lee of France using the clicker method. Among their more popular videos, is one that features the pair skating in front of three famous Parisian landmarks: Opera, Palais Royal and the Louvre.

More recently — in a video that would make Jaws Homoki proud — Tuxedo was joined by Guizmo and Mia to show off their ability to skate down stairs one bumpy step at a time.

Jiff’s skateboarding skills are pretty pedestrian, but he more than makes up for it with mind-blowing levels of cute — even for a Pomeranian. The budding actor has appeared alongside Katy Perry in her “Dark Horse” music video and in a Covergirl commercial.

The appeal of a wiener dog riding a similarly-shaped skateboard is self evident. So much so that Emmy-nominated Parry Gripp wrote a song celebrating the pairing.

Salchi, yet another Cali skater, takes a stoic straight-ahead approach to riding his four wheeler.