While phenom Ashima Shiraishi has shown how adept at rock climbing humans have become, we decided to invite the animal kingdom at large to strut their stuff. Invitees to the showdown included bears, goats, monkeys, a turtle and flying squirrel. 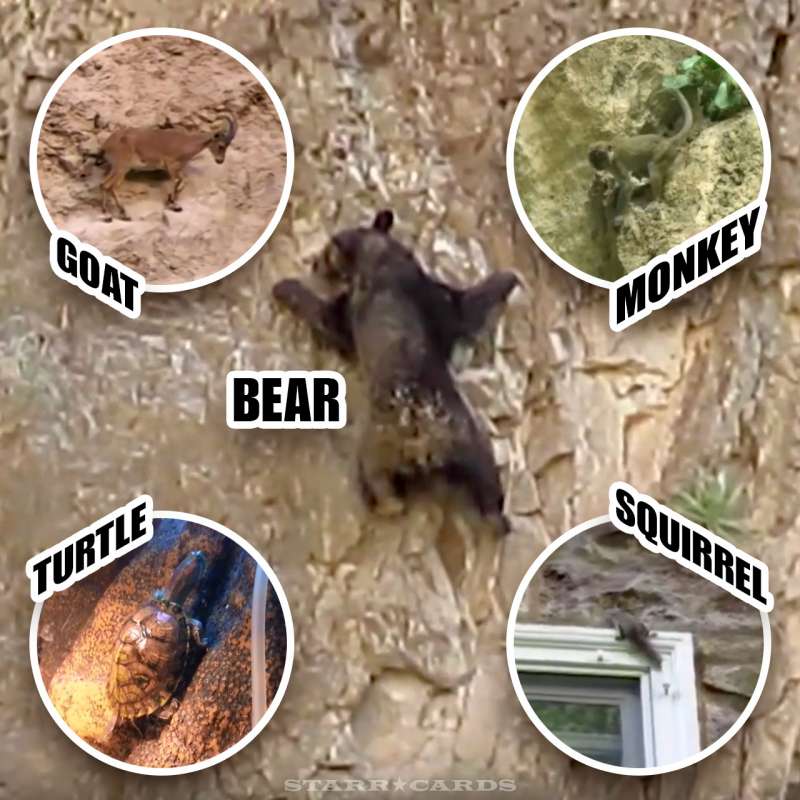 No matter which species you ultimately decide is the best, there are valuable climbing skills that can be gleaned by studying each video…

Bears have always been known to be capable tree climbers, but it would seem that their bulky bodies are not suited for rock climbing. The mama bear in the video above proves otherwise, making short work of a vertical pitch at Santa Elena Canyon, Texas. Her cub has little choice but to follow her line up the wall lest he be left behind.

Goats, not lions, are widely considered the “kings of the jungle” when it comes to scaling mountain walls. These adolescent nubian ibexes in Israel represent their homies well, by following their mother’s route on the cliff as she searches for food.

The spectacular sight of mountain goats defying gravity on a vertical dam wall in Italy, and all because they are have a craving for some of Earth’s elements essential to life.

Unlike humans, who down climb almost exclusively feet first, monkeys will turn sideways or even completely upside down to get a better view of available foot and hand holds.

No creature, large or small, enjoys being confined, no matter how large the enclosure it inhabits. This freedom-seeking turtle in the video above climbs a moist rock face only to be thwarted by the glass walls at the top of the aquarium.

A rock-climbing flying squirrel is the rodent world’s answer to human climbers equipped with wingsuits. This little bugger makes it to the crux just beneath a rock-walled house’s roof, before employing his webbing to glide to a nearby tree.