Although he no longer plays for the Denver Broncos, it has nonetheless been a busy media week for Tim Tebow in the run up to Super Bowl 50. First he appeared on Lip Sync Battle, where he channeled his inner Rocky for a performance of “Eye of the Tiger” — but not before Nina Dobrev of Vampire Diaries did her best impression of the former Florida Gators quarterback set to OMI’s “Cheerleader“.

While Tebow lacks Chris Martin’s pipes and J.J. Watt’s moves, he still came away with the victory, due, in part, to his willingness to drink a raw egg. 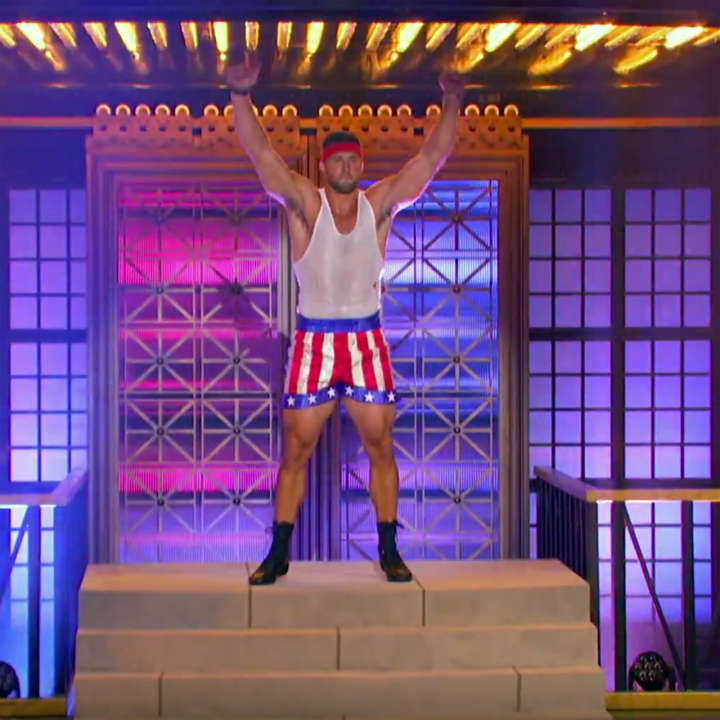 Midweek, Tebow visited with Ellen DeGeneres where he revealed he is pulling for his former Broncos teammates in the Super Bowl, although he hopes Cam Newton (who played briefly with Tebow at Florida) also has a great game.

Tebow then chucked balls at Ellen’s executive producer, Andy Lasser, to raise money for his charity. In 30 seconds, the former Heisman Trophy winner connected on seven of nine passes, raising $10,000 for the Tim Tebow Foundation.