On March 23, 1957, North Carolina’s men’s basketball team entered a packed arena in Kansas City, Missouri as they faced off against the favored Kansas Jayhawks, led by sophomore sensation Wilt Chamberlain.

The Tar Heels were chasing a perfect 32-0 season under head coach Frank McGuire, and were looking to win their first ever NCAA national championship.

North Carolina punched their ticked to the National Championship game after surviving a triple overtime game against Michigan State in the semifinal. Winning their first title would require another protracted affair.

The Tar Heels kept Chamberlain under control by limiting his touches with a clock-chewing, ball-control offense, and went into halftime leading 29-22. With Chamberlain patrolling the paint, the Jayhawks scrapped back to take the lead in the second half, but the Tar Heels tied the score in the final minute, sending the game into overtime. 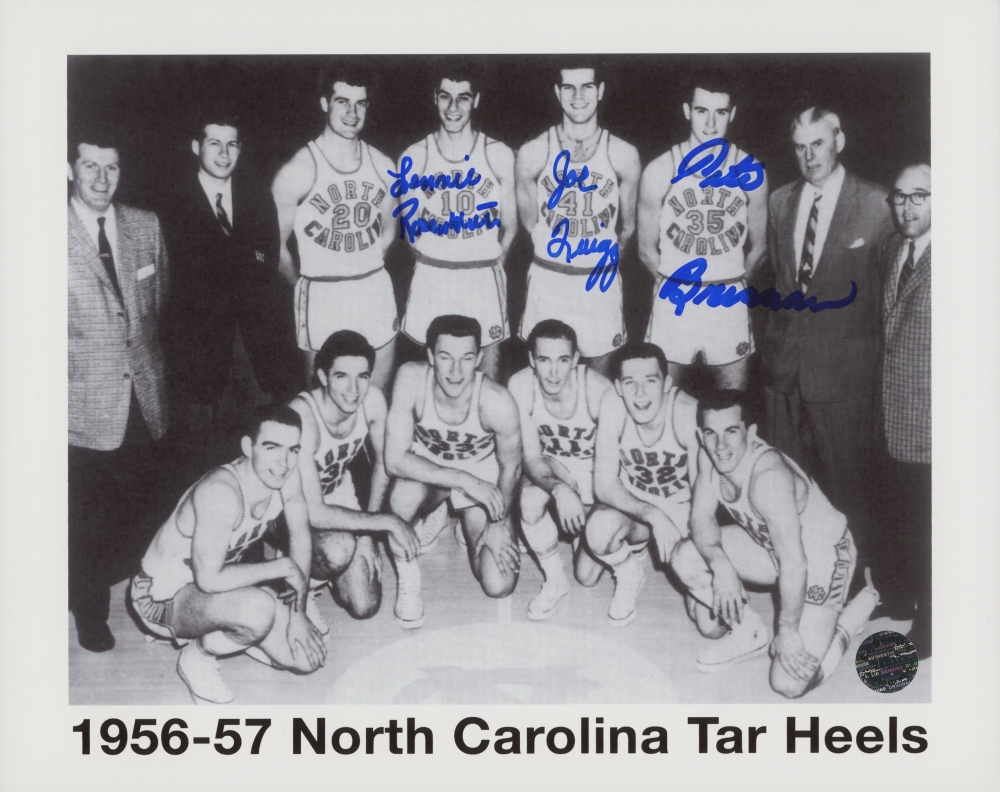 The first overtime saw each team score a basket before time ran out, while the second overtime was scoreless. In the third OT, UNC center Joe Quigg made two free throws in the closing seconds to give the Tar Heels the victory, 54-53.

Despite the loss to UNC, Chamberlain was named the tournament’s MVP with 32.2 points, 15.2 rebounds and 6.6 blocks per game.