Previously we constructed a relatively uncontroversial all-time All-NBA first team comprised of Michael Jordan, Magic Johnson, LeBron James, Larry Bird and Kareem Abdul-Jabbar. Since then, we’ve employed the same metrics for the creation of a second team — which we somehow suspect will be prone to considerably more debate…

To put together our second team we relied on NBA Math’s GOAT rankings which are determined by players’ Z-Scores (standard deviations above or below the average) derived from their TPA (total points added) statistic for each season. 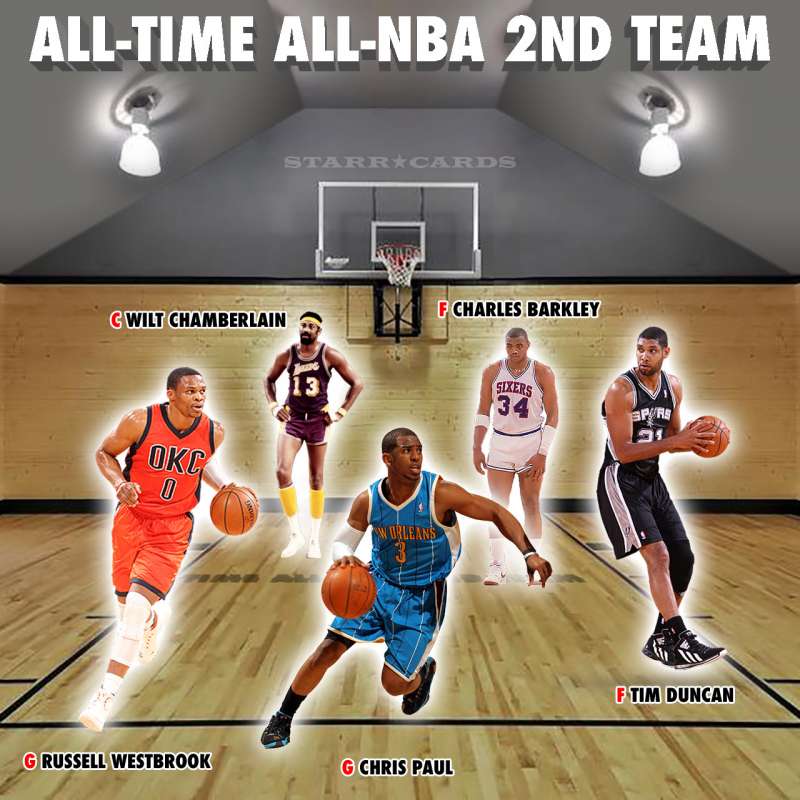 We then averaged each player’s career GOAT ranking with their per-season GOAT ranking to assemble a team in same manner the yearly All-NBA teams are chosen — namely with two guards, two forwards and one center. For comparison, each starter’s career Value Over Replacement Player (VORP) is included at the bottom of their entry.

While the two big men on our second team aren’t likely to raise any eyebrows, the guards and “small” forward might. Chris Paul and Russell Westbrook take the guard positions, while Charles Barkley and Tim Duncan are penciled in as forwards, and Wilt Chamberlain protects the rim at center.