MLB’s MVPs are almost always among the league leaders in the wins above replacement (WAR) stat, which attempts to gauge a player’s overall contribution to his team’s success. To that point, both of last year’s MVP winners were their respective league’s WAR lord: Mookie Betts in the American League (10.9) and Christian Yelich (7.6) in the National League. 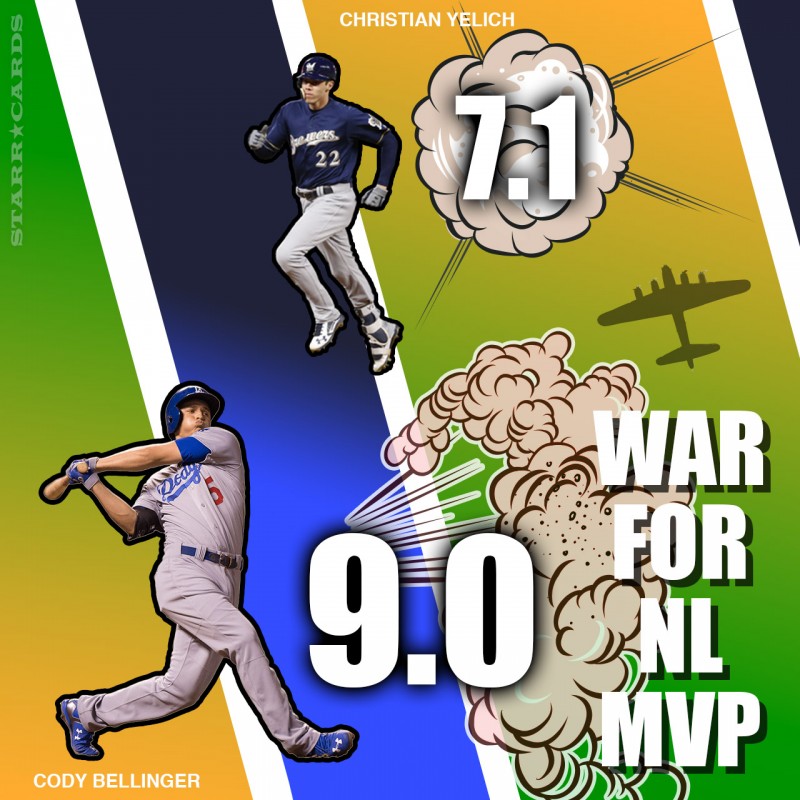 In the National League, the season has shaped up into a two-way WAR battle between Yelich and Los Angeles Dodgers outfielder Cody Bellinger. The latter has enjoyed a red-hot ride up to the All-Star break, and should he stay dialed in, will be the prohibitive favorite to win this year’s MVP honors.

Bellinger didn’t receive a single vote in NL MVP voting last year, after being named an All Star and Rookie of the Year the year before that. The third-year player led the NL in WAR and total bases, was second in runs scored and slugging percentage, and third in HRs. Also helping his case for baseball’s top award is the fact his team finished with the National League’s best record.

New York Mets first baseman Pete Alonso is unlikely to surpass Bellinger or Yelich in the MVP voting, but should be a shoo-in for National League Rookie of the Year honors. The 24-year-old slugger led all of baseball in home runs while setting a rookie record with 53, and was third in the NL with 120 RBI.