Will the real Klay Thompson please stand up? Warriors fans and staff get pranked by #FakeKlay

Will the real Klay Thompson please stand up? Warriors fans and staff get pranked by #FakeKlay

When healthy, Golden State Warriors star Klay Thompson is capable of such explosive scoring tears, that opposing guards must wonder if they are defending one man or two. Turns out, this particular piece of paranoia may not be so far fetched…

Prankster Dawson Gurley, of BigDawsTV fame, bears more than a passing resemblance to Thompson — and when he dresses up in a #11 Warriors uniform, more than a few Dub Nation faithful have taken him to be the real deal.

If Thompson is unable to go anytime during the season due to injury, the team might want to consider slipping Gurley on the court as he has a full season’s worth of impersonation practice.

Seated behind Golden State’s bench at an October game a couple seasons ago in Oracle Arena, Gurley created an surreal spectacle as he protested a call along with Warriors coach Steve Kerr.

Becoming #FakeKlay doesn’t come without some serious commitment to detail. Gurley had Ameet the Barber pay a visit to his hotel room to meticulous recreate Thompson’s signature goatee and close-cropped hair. 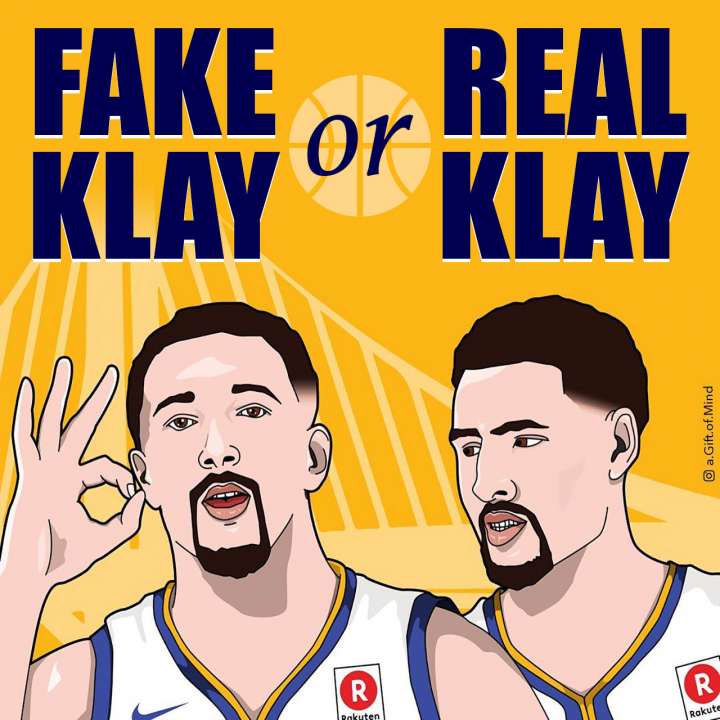 Gurley’s efforts haven’t gone unnoticed. Aside from his prank videos getting millions of views, he’s even inspired fan art like the piece above.

Gurley compliments his mimicry with some legit basketball skills, having played varsity basketball at Olathe East High in Kansas as a senior.