As the argument continues to rage over which NBA player is the greatest of all time (GOAT), and who belongs on the league’s proverbial Mount Rushmore, we decided to take a different tack and assemble an all-time All-NBA first team as determined by GOAT rankings.

To put together our team we relied on NBA Math’s GOAT rankings which are determined by players’ Z-Scores (standard deviations above or below the average) derived from their TPA (total points added) statistic for each season. 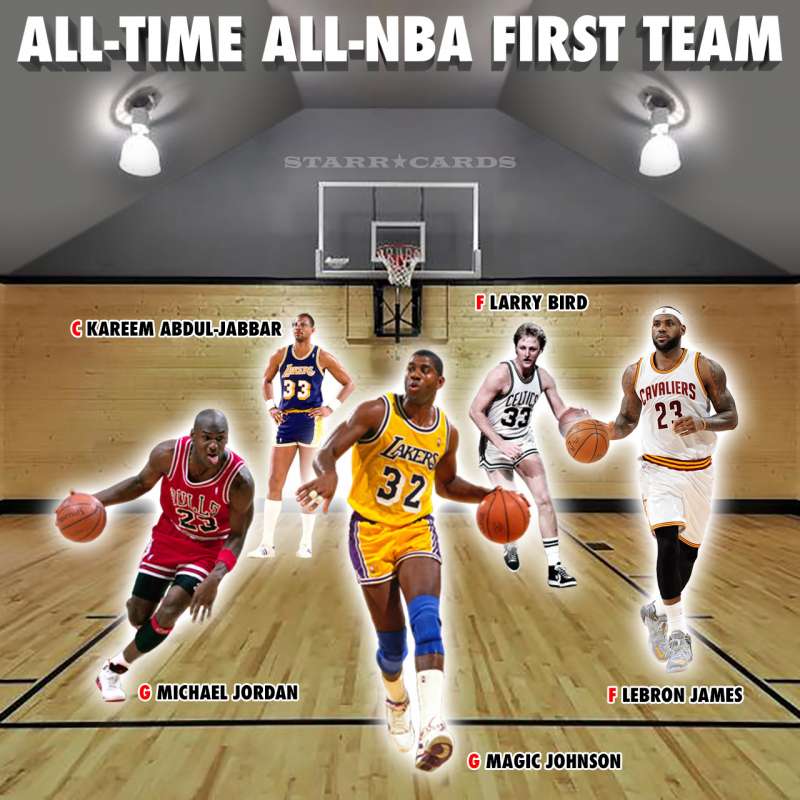 We then averaged each player’s career GOAT ranking with their per-season GOAT ranking to assemble a team in same manner the yearly All-NBA teams are chosen — namely with two guards, two forwards and one center. For comparison, each starter’s career Value Over Replacement Player (VORP) is included at the bottom of their entry.

Lending credence to the value of the GOAT ranking is the fact that the metric produces an All-Star team few would take issue with. Michael Jordan and Magic Johnson take the guard positions, while LeBron James and Larry Bird are penciled in as forwards, and Kareem Abdul-Jabbar mans the fort at center.