Having been around in one form or another since 1952, World Wrestling Entertainment has always been driven by its storylines. But with thousands upon thousands of dramas having already been played out, they may want to have a look at the seven-and-under wrestling scene for some fresh angles.

GET OFF MY SISTER!

Take a wrestling match in Columbia City, Indiana, for example. Ruby had just been taken to the mat by her 5-year-old opponent Ryan Prendergast, when her 2-year-old brother flew into action. 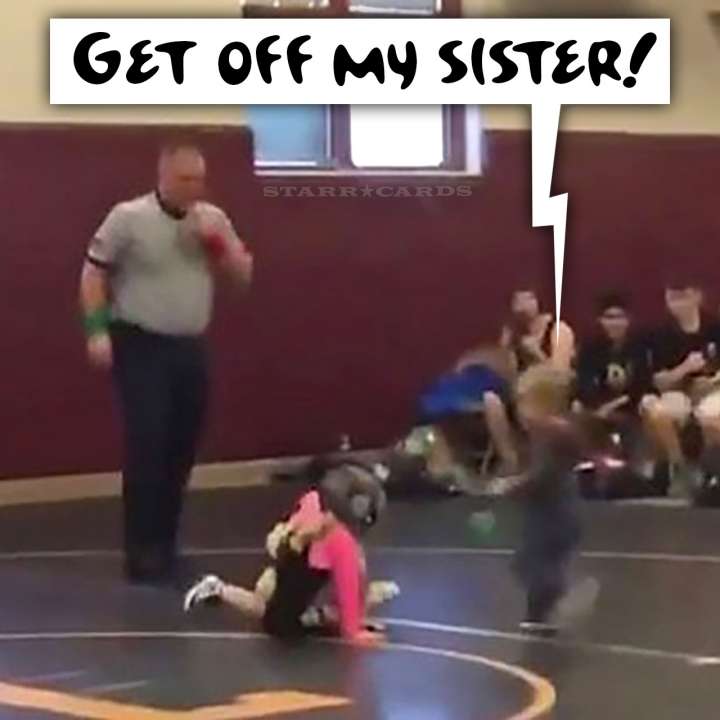 Mistaking the elementary school match for a fight, the youngster — channelling Ross from Friends — shouted, “Get off my sister,” while rumbling across the mat to tackle Ryan. The amused referee plucked the toddler off of Ryan, while onlookers enjoyed a good laugh.

In another battle-of-the-sexes wrestling match, the boy didn’t want anything to do with his pink-clad opponent, so he took to running from her at top speed around the perimeter of the mat.

TERMINATOR WITH A MOHAWK

Stevo Poulin made a huge splash in 2011, when videos of the 7-year-old wrestling phenom started popping up everywhere on social media. While WWE has featured mohawked wrestlers in the past (e.g. Shannon Moore, Droz, Viscera, Animal and Sheamus), none could dominate opponents as effortlessly as the young Stevo.