While tens of thousands of 5-year-olds have enjoyed watching the Kung Fu Panda movies, a miniscule fraction of those have actually partook in the ancient martial art themselves. One such kung-fu kiddo is Calleigh Tsay of California’s Bay Area. 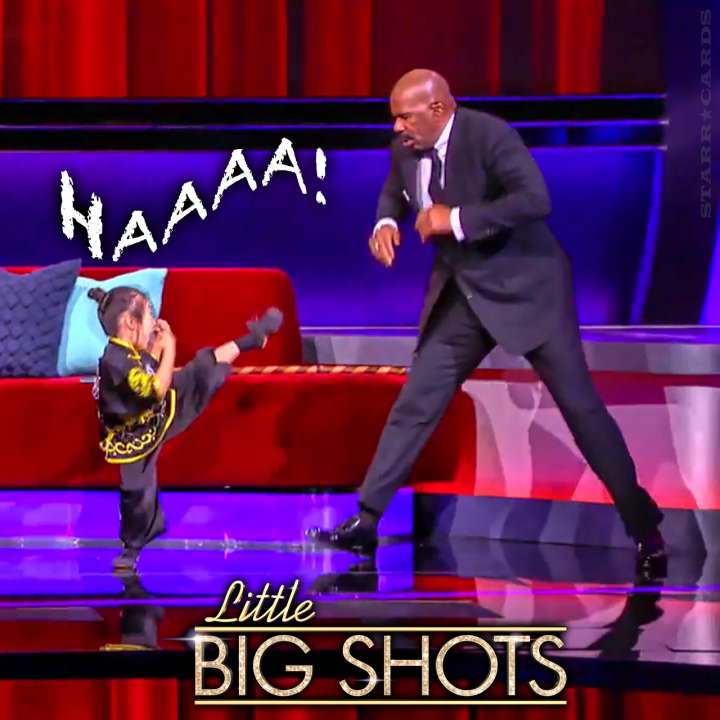 Calleigh’s questions similarly befuddled Harvey. She inquired both about the lack of hair atop his head and as to why he has a beard. When he explained it was a mustache and not a beard, she asked if his brothers and sisters have them too.

Calleigh trains at Kungfu Dragon USA in Pleasanton, where she was already demonstrating her mastery of kung fu forms as a 4-year-old.

If Calleigh sticks around in the martial arts there’s no telling how far she’ll go. Just wait until she learns the nunchucks from the instructor shown above (and stand clear).