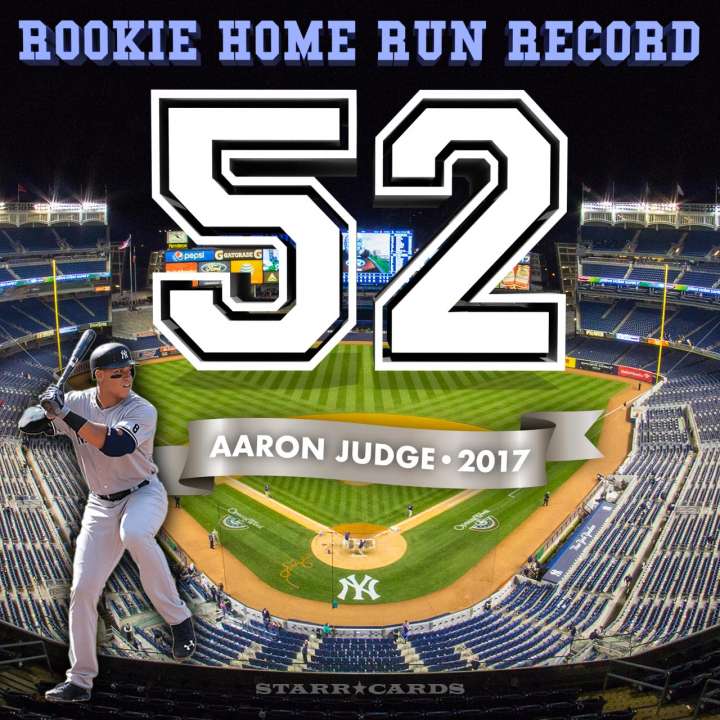 No. 49 came in the third inning off starter Jake Junis, while record-breaking No. 50 came in the seventh off Trevor Cahill. He added two more home runs (one versus Tampa Bay and another versus the Blue Jays) to finish the season with 52.

The 6-foot-7, 282-pound Judge hit at least one home run against every opponent in the American League on way to joining an exclusive group of Yankees. Along with Judge, only Babe Ruth, Mickey Mantle, Roger Maris and Alex Rodriguez hit 50 or more home runs in a season while donning the pinstripes. Lou Gehrig twice hit 49 in a season (1934 an 1936).

Judge’s rookie record came despite a lengthy swoon at the plate following the All-Star Game festivities where he won the home-run derby.