Sunday night, the P&G Gymnastics Championships in St. Louis wrapped up, with former Olympian Aly Raisman in a strong position have her ticket punched to Rio when the five-member women’s gymnastics team is selected at the Olympic trials. With a strong vault and floor routine in the finals, Raisman improved upon her Day 1 total of 60.450 points to score 60.650 and a second-place total of 121.100. 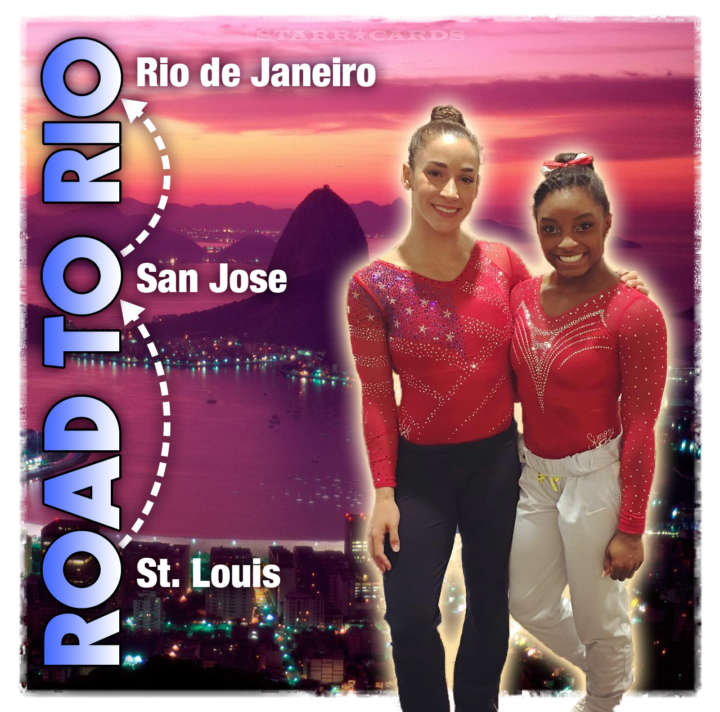 ''Even when the coaches talk to us, they're like, 'Don't even count Simone. She's just in her own league.'''

Biles confidence was so supreme, she managed to slip in a wink at former Olympic gold medalist Shawn Johnson during her floor exercise.

Yep…. @Simone_Biles just winked at me in the middle of her floor routine 😂😂😂 made my year. #iseeyougirl hahahahah amazing

The top five finishers from the P&G Gymnastics Championships automatically qualified for the Olympic Trials taking place on July 8 and July 10 in San Jose, California. That means Biles and Raisman will be joined by Laurie Hernandez, Gabby Douglas and Madison Kocian.