Riley Curry has new competition in the realm of the uber cute. An Instagram fan stumbled upon a picture of a toddler that looked like a scaled-down, baby-cheeked version of Golden State Warriors guard Steph Curry and left the comment “Stuff Curry.” The pun-inspired nickname captured social media’s fancy and Landon Benton’s photos quickly went viral. 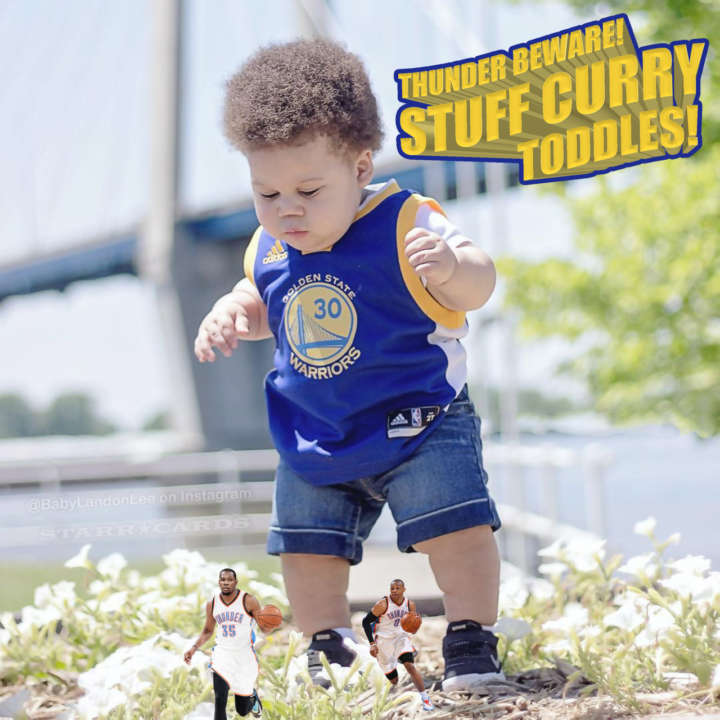 Landon parent’s decided to ignore derisive comments about their baby’s weight (his doctor reports he is in perfect health) and embrace the nickname.

Baby Landon’s star continues to rise. His story was featured on ESPN and Good Morning America, and has already appeared in the online versions of Us Weekly and The Village.

Bedecked in new Warriors gear, Stuff Curry looks every bit as fashionable as his famed namesake.

…and how to react when it swishes through the hoop.

The Warriors could use a healthy dose of Stuff’s stuff to extend their series against the Oklahoma City Thunder. In their three losses to OKC, the Dubs have been out rebounded 192 to 152.