A week after former prep football player Zach Seabaugh advanced on ‘The Voice’, he was joined in the knockout rounds by onetime St. Louis Cardinals interest Blaine Mitchell. Blake Shelton declared contestant Blind Joe the winner over Mitchell in their battle round performance of “Old Time Rock and Roll,” but Adam Levine pressed his buzzer to save the Texan from elimination.

Behind the scenes with some of the most talented humans! These 3 people became pretty awesome friends throughout the Voice journey! #voicebattles #voicefam

It should be fun watching Mitchell progress on The Voice, as Levine is a natural coaching fit for the alternative rocker. After Levine compared Mitchell to INXS lead singer Michael Hutchence, don’t be surprised if a cover of “The One Thing” is in the works. 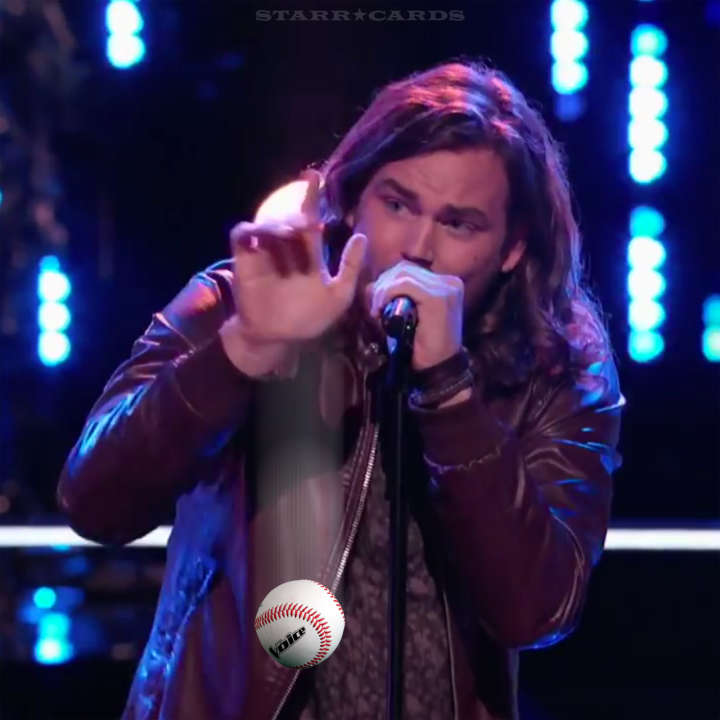 NO ONE IS TO BLAME

The other resident athlete on ‘The Voice’ didn’t fare as well. Former prep hoopster Lyndsey Elm lost her Team Gwen battle round to Braiden Sunshine after the two paired on a cover of Howard Jones’ 80s classic “No One Is to Blame”.

Pharrell Williams complemented Elm’s voice as being “seductive” before embarrassedly amending the complement to “mesmerizing.” Coach Gwen Stefani agonized with her decision, but ultimately decided ‘with her heart’ in selecting Sunshine as the winner.

wow. what an incredible ride! the fact that I made it on season 9 of The Voice still blows my mind. thank you to @nbcthevoice, @gwenstefani, the fans, and all of my family and friends for being so good to me. be on the look out for a full blog post from me about everything this week! and @braiden_sunshine, it was an absolute honor to share the stage with you. I couldn't have asked for a better battle partner, you're like a brother to me! everybody go buy our iTunes version because we're SUPA PROUD of it! link is in my bio! and for me, this is just the beginning. hope you stay tuned…😊 #teamlyndsey #teamgwen #thevoice

Personally, we hope Elm will give The Voice another try next season and go all the way to the finals…