Summer camps are notorious breeding grounds for myriad pranks, from covering toilets with Saran wrap to slipping a cylinder of frozen shaving cream in a sleeping bag. Normally it’s the campers pulling the shenanigans and not the camp’s namesake, but NBA stars are a different lot… 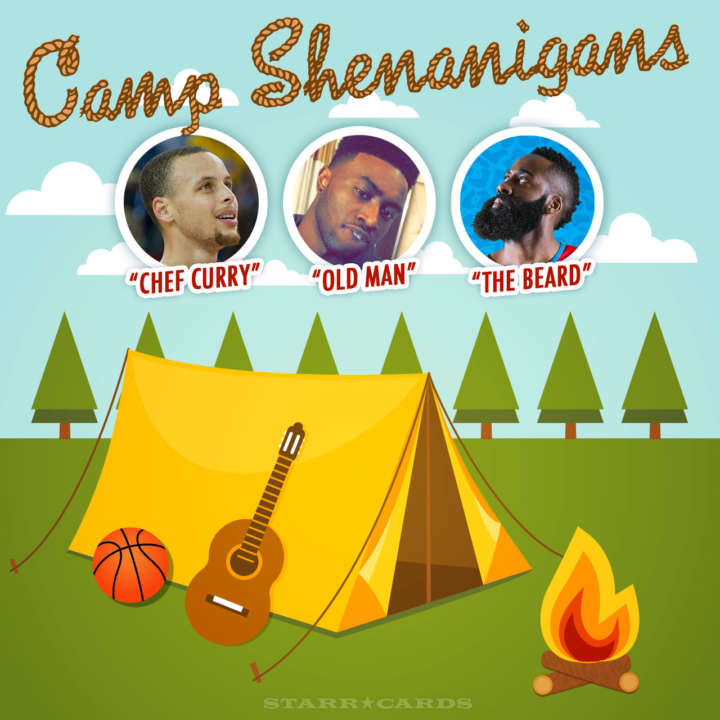 Curry, himself, could pass for a camper. Seven years after being drafted by the Golden State Warriors he still has the appearance of a bright-eyed teenager.

Jaylen Brown went No. 3 in the NBA draft to the Boston Celtics, but apparently that wasn’t enough to impress one basketball camper. Brown tutored the young smack-talker with a couple crossovers before dunking on him.

— Jaylen Brown, on his young antogonist

Brown played just one year for the California Golden Bears and was named the Pac-12’s Freshman of the Year. He was drafted behind LSU’s Ben Simmons and Duke’s Brandon Ingram. Just 19-years-old, Brown’s family nicknamed him “Old Man” due to his eclectic academic interests and chess-playing chops.

In June, Houston Rockets star James Harden pranked a hapless pre-teen at his basketball camp in Texas with some deft sleight of hand. Harden, like Brown, punctuated his on-court lesson with a massive throw down.

The beard and candy are one. Taste history, taste @Trolli_USA, only at @7Eleven.

While Harden’s basketball knowledge is not in question, his campers may want to think twice before making the Harden-branded Trolli Sour Brite Weird Beards candy the centerpiece of their diet.