Word of a mystical bowl skating experience on a small Greek island had been circulating in skating circles for some time. Like Sir Walter Raleigh’s search for El Dorado — the mythical city of gold — five pro skateboarders converged on Andros seeking of treasure of a different color — the Blu Enigma.

At first glance, Andros would appear to be the unlikeliest place on the planet for a skate bowl. Just 25 miles long and 10 miles across at its widest point, the quiet island is best known for its Sariza spring at Apoikia where the water issues forth from a lion’s mouth.

But Andros is also home to the Blu Enigma Hotel, whose proprietor Nikos Garyfallos took it upon himself to provide the island’s kids with a freely-accessible skate bowl. 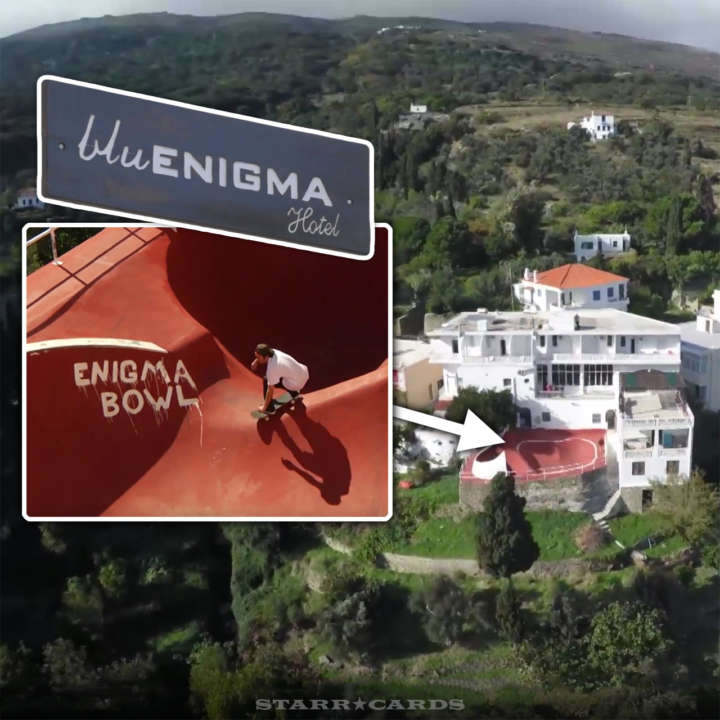