On the gridiron this year, the USC Trojans shellacked the UCLA Bruins 36-14, but the tables were turned this week when the arch rivals met on the obstacle course. UCLA swept their crosstown foes in four head-to-head races to advance to Team Ninja Warrior‘s championship round.

After UCLA’s Carter Allen and Amanda Adams defeated USC’s Julian Olea and Noelle Crowley in individual races worth one point each, a fashionably mustachioed James Vaughn added two more points for the Bruins by out racing the Trojans’ Antonio Ayala. 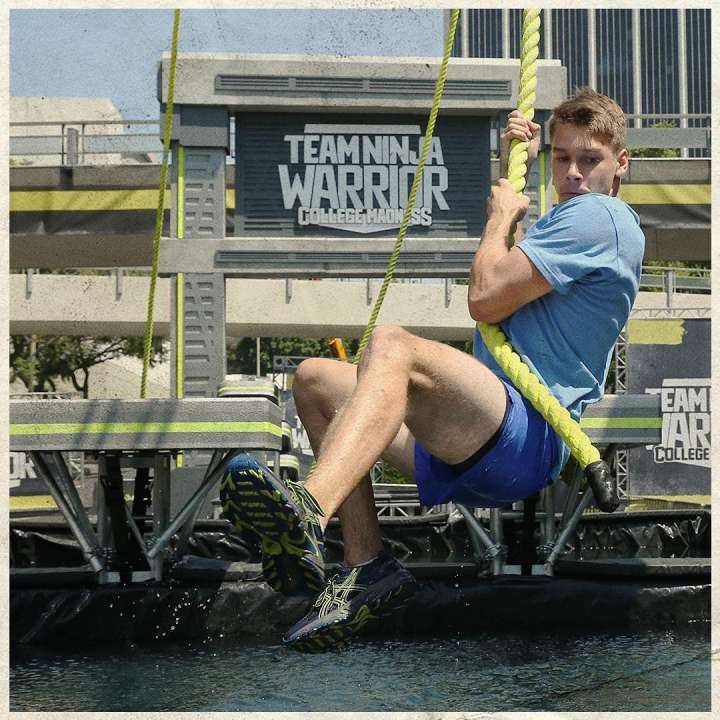 In the relay race between the schools, Crowley gave USC a fair-sized lead after leg one, but Allen was able to make up the difference on the Pole Grasper obstacle. Vaughn once again sealed the deal for UCLA on the anchor leg, when Ayala whiffed on the Salmon Ladder.

Michigan will try to follow UCLA’s path to redemption on next week’s episode of Team Ninja Warrior. After the Wolverines football team lost the Big Game to arch-rival Ohio State — and missed out on the College Football Playoffs — their obstacle-racing schoolmates will try to exact revenge against the Buckeyes.