The Warped Wall has been a staple of American Ninja Warrior obstacle courses from the show’s inception, where it has served as the iconic final challenge at City Qualifiers and a mid-course obstacle in later rounds.

This past season, ANW introduced the big brother of the Warped Wall: 18-foot-high Mega Warped Wall. Positioned to the side of the traditionally-sized wall, competitors were given the option to try their luck on the taller wall to earn an instant $10 grand. 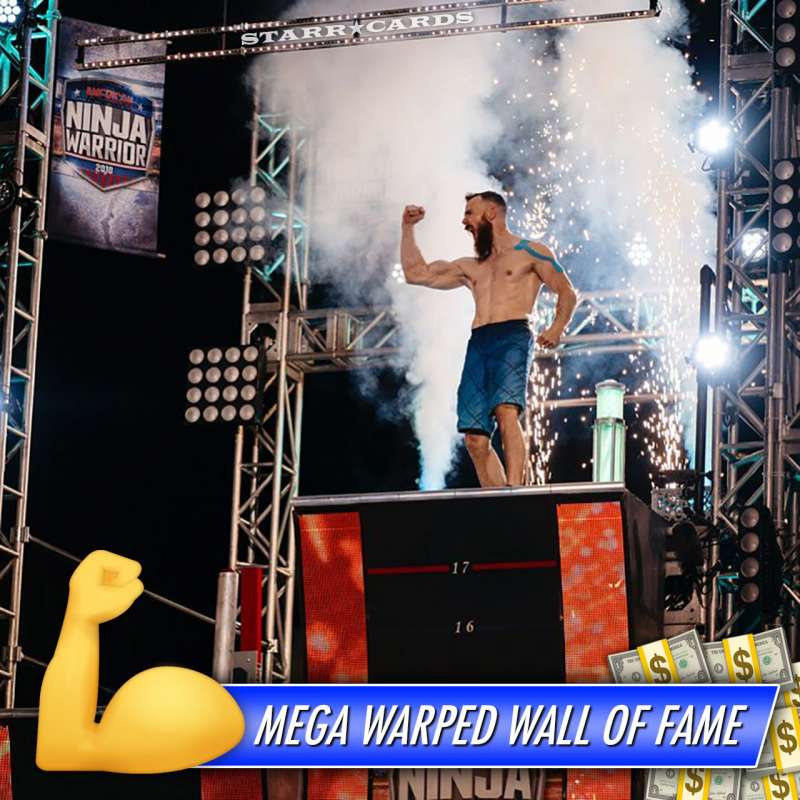 While the majority of ninjas eschewed the intimidating newcomer, six bested the beast and instantly were inducted into the Mega Warped Wall of Fame…

Daniel Gil, known as the Kingdom Ninja, was the first to scale the Mega Warped Wall with a confident run at the Dallas City Qualifiers.

Adam Rayl, the Concrete Ninja, sped through the same SoCal course to become just the third ninja to run up the Mega Warped Wall.

Ryan Stratis was the only ninja at the Miami City Qualifiers to conquer the supersized obstacle. Competing with a surgically repaired shoulder, the bearded 10-year veteran powered up the towering wall into the Stratis-sphere.

Chris Wilczewski’s return to ninja action after he nearly drowning in Lake Michigan did not disappoint. The gym owner sped through the Philadelphia City Qualifiers course and up the giant wall without a moment’s hesitation.

Najee Richardson, aka The Phoenix, battled leg cramps throughout the obstacle course in his native Philadelphia, but still managed to become just the sixth ninja to conquer the Mega Warped Wall.