Jason Paul’s love for freerunning adventures has compelled him a become a frequent traveller to parts far and wide, but recently — with some help from Red Bull and a cast of thousands — he had his first opportunity to travel back through time.

JASON PAUL VS SAMURAI AND NINJAS

The premise behind Red Bull’s video is simple: Paul, visiting the PKMon parkour crew (Kenichi, Zen, Yukuwa and Yuutarou) in Tokyo, slips off the high-rise structure where they are stunting and drops smack dab in the middle of a medieval samurai palace. 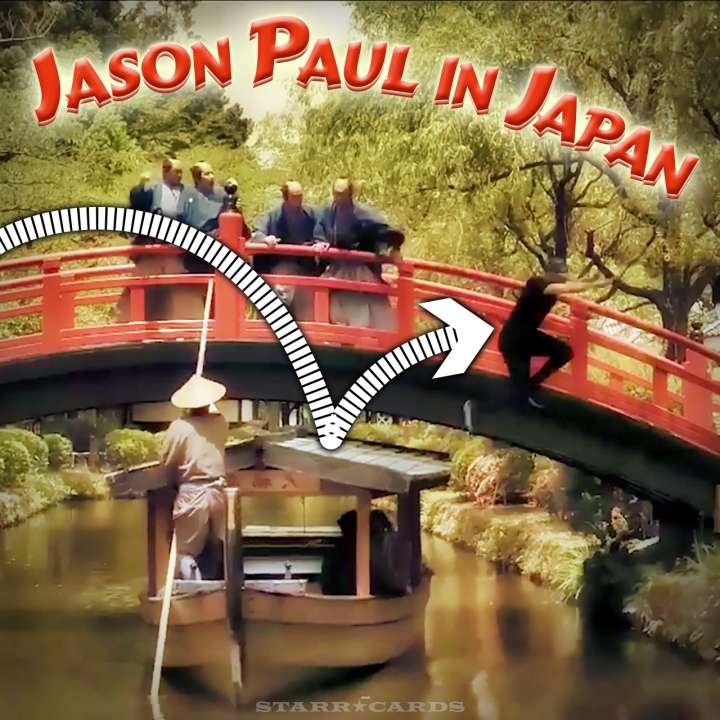 The startled samurai chase Paul through the streets, but they can’t keep pace as he swings, jumps, and climbs his way through the town’s varied architecture.

Once the winded samaurai give up on their pursuit, a pack of ninjas (PKMon in costume) take over, eventually forcing Paul to jump from a tower which brings him back to the present day.

While the beginning and ending shots were collected at Tokyo Skytree, the rest of the footage was shot at Edo Wonderland nestled in the mountains of Nikko, Japan.

A theme park like no other, Edo Wonderland replicates the experience of actually being in Japanese town during the 17th century Edo era. Everything, from the food and houses, to the characters and entertainment, is in keeping with the time period.