On our previous visit to Lyon, France, we watched in astonishment as skateboarder Aaron “Jaws” Homoki repeatedly hurled himself off a stairway 25-steps high. On our return trip, we discovered parkour athlete Dominic Di Tommaso executing an even more insane stunt on — or more precisely, over — the same stairs.

Di Tommaso not only jumped down the infamous stairs without the aid of a skateboard, but also introduced a mid-air front flip before rolling out of the landing to ameliorate the impact as much as possible. 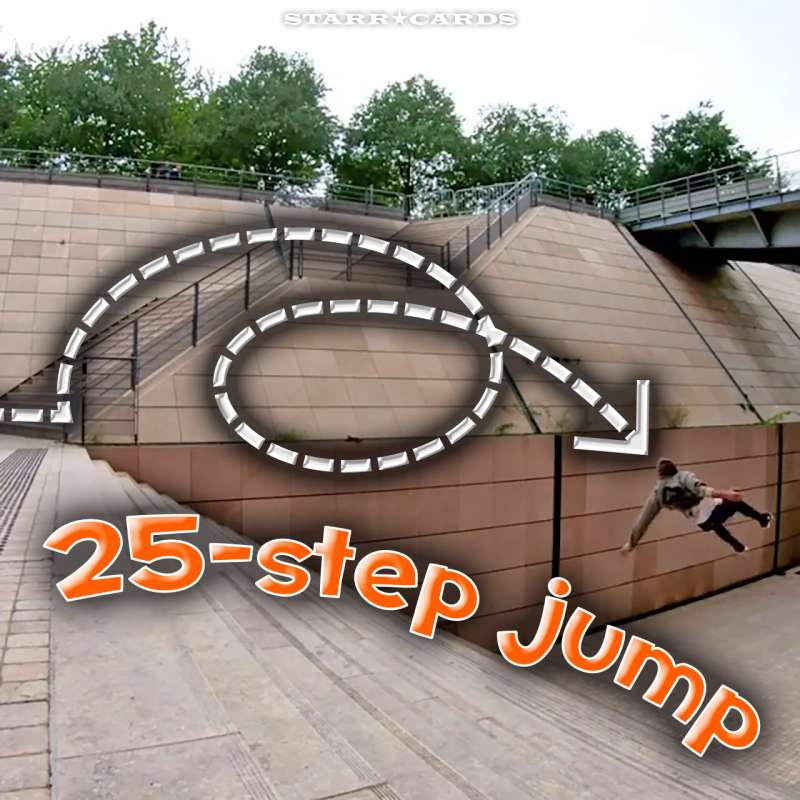 ''I am feeling that I probably broke something in my foot. I really hope that I didn't, but I very much feel that I did.''

Di Tommaso jogged away from the stunt before collapsing in pain and offering up a bleak self-assessment. Incredibly, a visit to the hospital revealed nary a broken bone, but his flat footed landing left him with severe heel bruises and one very swollen ankle.

LOOK BEFORE YOU LEAP

While rational observers might consider Di Tommaso completely bonkers for his Lyon 25 jump, he alone among his freerunning peers is capable of pulling it off. The Team Farang member’s specialty is landing epic leaps from elevation