David Beckham’s ability to curve free kicks around defenders and into the goal was the stuff of legend, but do you know the physics behind this befuddling bend to the ball’s flight path?

The bend of the ball off Beckham’s boot (how’s that for alliteration?), as explained by Physics Girl in the above video, is due to a phenomenon known as the Magnus effect. 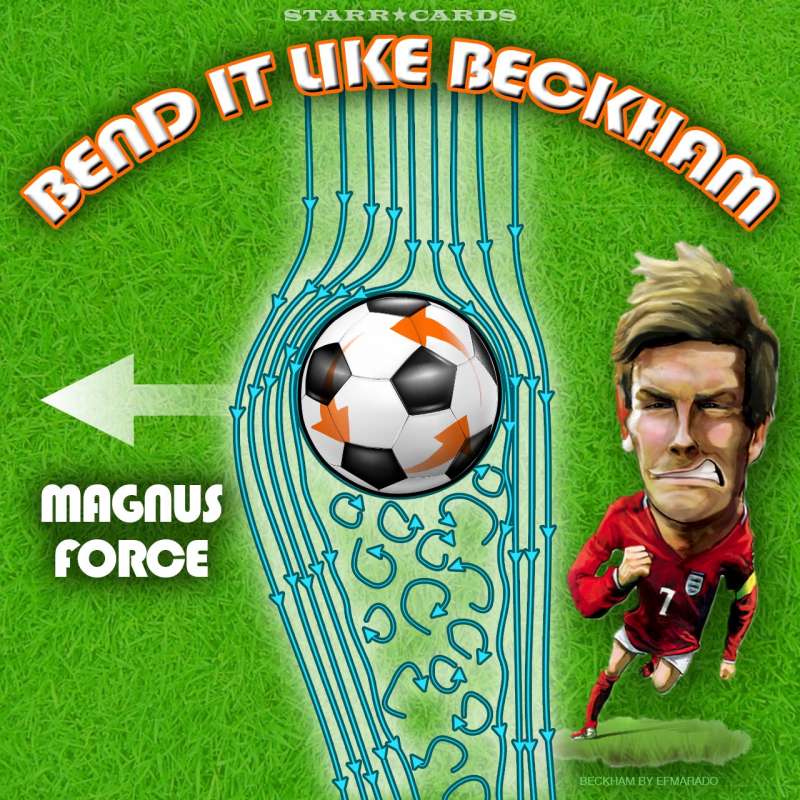 Beckham is able to bend the ball’s path by striking the ball off center to impart a high rate of spin. A spinning object drags air faster around one side, creating a difference in pressure that moves it in the direction of the lower-pressure side.

Things get a whole lot stranger when striking a perfectly smooth ball in the same fashion — the arc it follows is the almost the exact opposite of that of the soccer ball. According to aerospace engineer Nicole Sharp, the reverse Magnus effect occurs when the thin area of air right next to the ball, known as the boundary layer, becomes laminar on one side (and less sticky) and turbulent on the other.