Jimmy Fallon commemorated the start of the 2015 NHL Stanley Cup Final with another “Tonight Show Superlatives” segment — skewering the photos of a handful of players from the Chicago Blackhawks and Tampa Bay Lightning.

Lightning forward Brian Boyle made his second appearance on Superlatives, and once again received a Disney-themed award. This time he was named “Most Likely to Star in Aladdin on Ice” — which may or may not be superior to Blackhawks defenseman Duncan Keith’s award for “Most Likely to Have a Pet Can of Beer.” 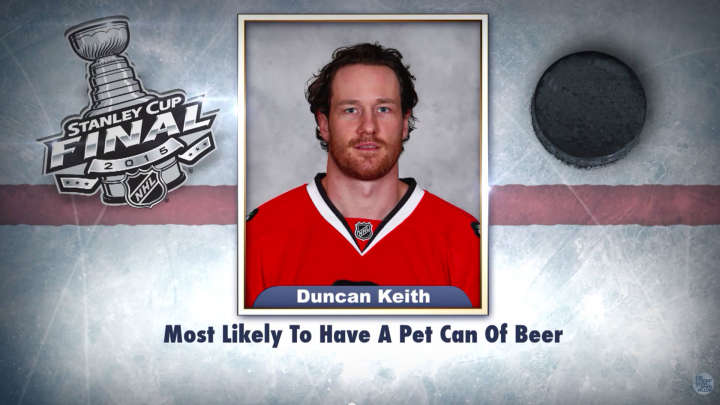 CAN JASMINE SKATE TOO? 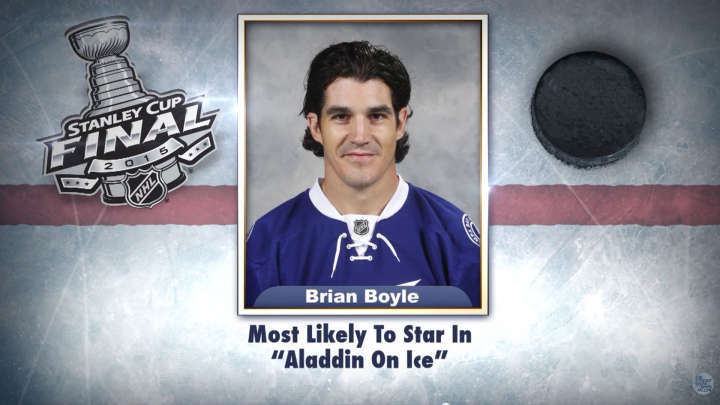 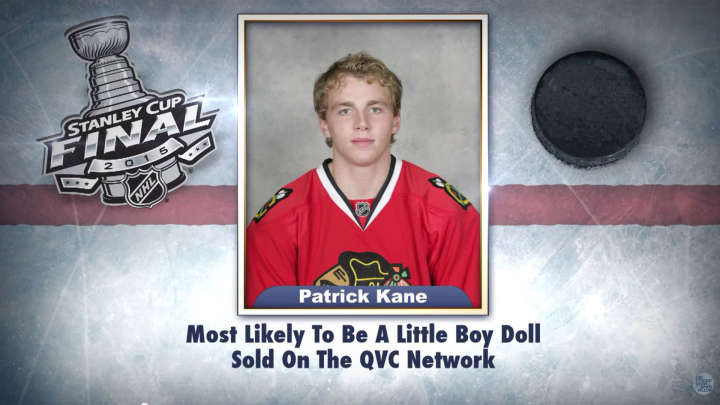 I WONDER IF ANGELINA KNOWS 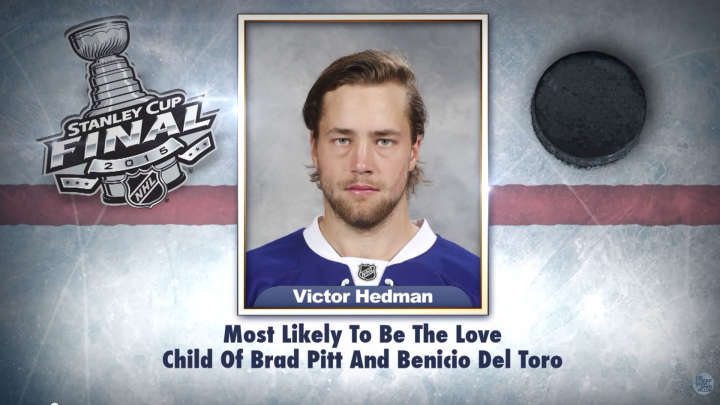 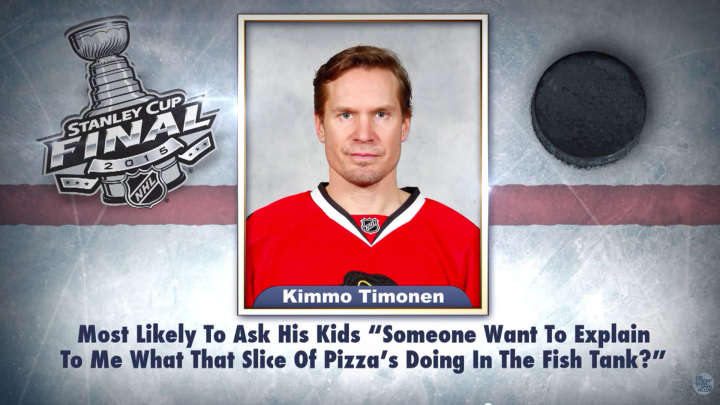