Ray Bourque, who laced up his skates for more than two decades for the Bruins, is the the team’s all-time leader in Point Shares with 229.1 for his career. Among the Bourque’s many accomplishments in Boston, “Nifty” was an 18-time All Star and set records for most career goals, assists, and points by a defenseman. 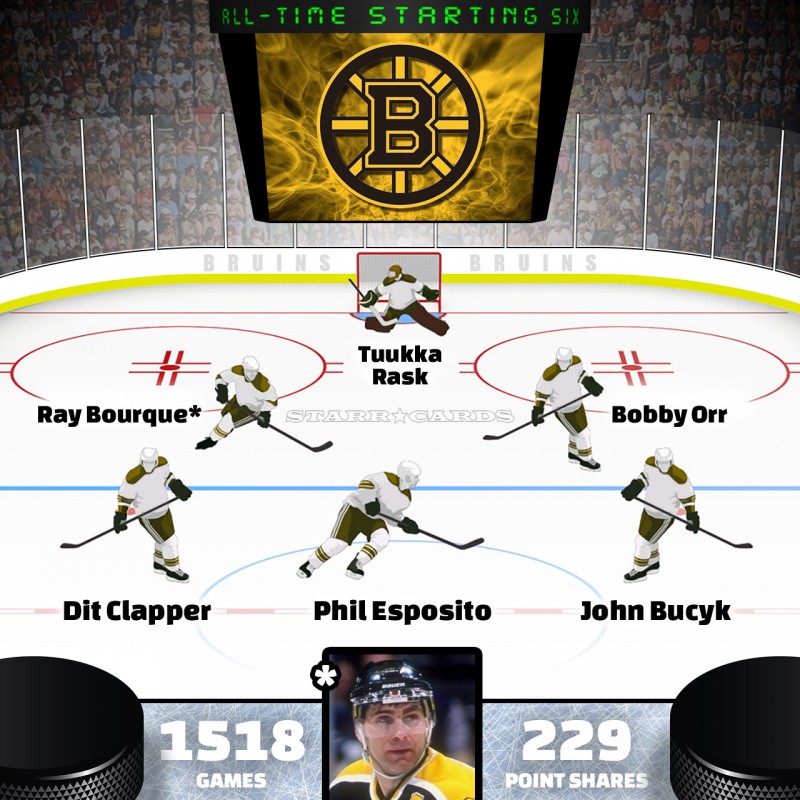