The Chicago Blackhawks have one-upped (or at least, out-weirded) the Montreal Canadiens and Pittsburgh Penguins with a holiday video that would make David Lynch proud. While there’s no log lady in the nearly half-hour long piece, there is a Yule log and healthy dose of strangeness that unfolds in its flickering light.

Have you checked out or holiday video yet? We think ✨yule✨ love it

The waning moments of the Yule log saga see Andrew Shaw and Trevor van Riemsdyk hug it out a very short-lived lightsaber battle. 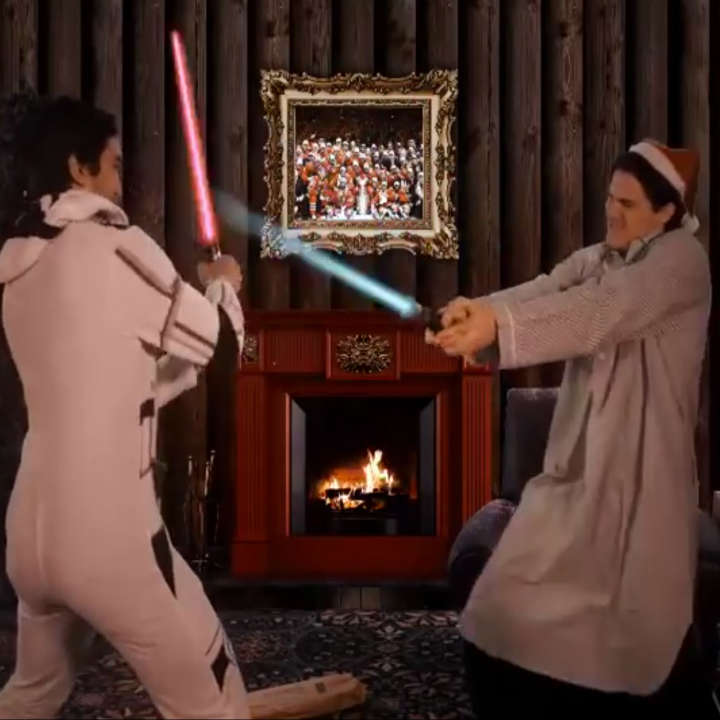 While neither player would stand a chance against Zac Bell, only time will tell if the Force is sufficiently with the Blackhawks as a team to repeat as Stanley Cup champions. They currently sit in third place in the Central division behind the Dallas Stars and St. Louis Blues.