P.K. Subban and the Montreal Canadiens struggle to sing “Let it Go” from ‘Frozen’

P.K. Subban and the Montreal Canadiens struggle to sing “Let it Go” from ‘Frozen’

Last year, Calgary mayor Naheed Nenshi was coerced into singing “Let it Go” from Frozen after the Ducks ousted the Flames from the Stanley Cup playoffs. This year, the Canadiens, who currently sit atop the Atlantic conference, lent their voices to Disney’s soaring anthem.

The result was mostly out of tune and rhythmically out of whack, but as they say, it’s the thought that counts! 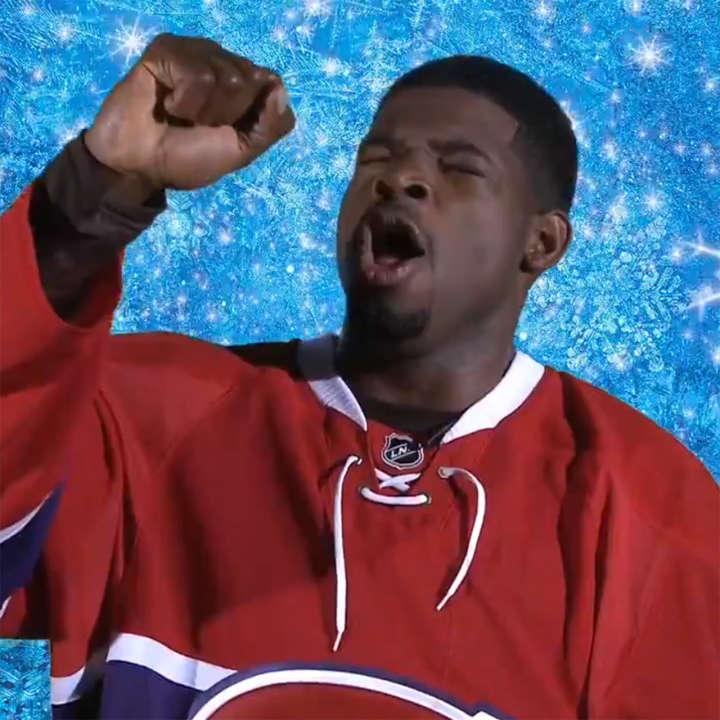 In a more successful demonstration of Christmas spirit, the players took time away from the ice to visit patients at CHU Ste-Justine and the Montreal Children’s Hospital — where P.K. Subban recently had a wing named in his honor after making a large charitable commitment.

Special day at the children's hospital.. These kids are the definition of toughness, so inspiring.