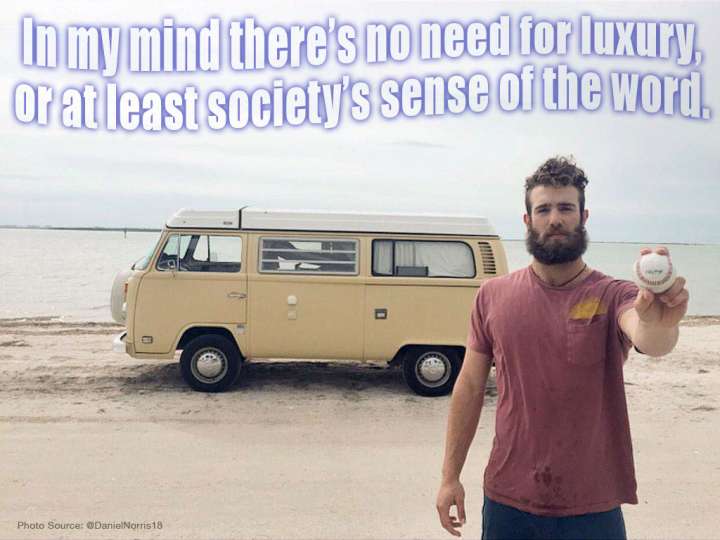 Legion are the professional athletes who squander their wealth and find themselves penniless shortly after their playing careers end. It is unlikely pitcher Daniel Norris will ever be counted among them — but if were to happen, it’s just as unlikely he would be overly bothered.

After receiving a two-million dollar signing bonus in 2011 from the Toronto Blue Jays, Norris had the money put into conservative investments and went on a self-imposed $10,000/year allowance. He opted to eschew the showy Ferraris and Lambos preferred by his peers for a mustard-yellow 1978 Volkswagen Westfalia camper.

''I'm not going to change who I am just because people think it's weird. The only way I'm going to have a great season is by starting out happy and balanced and continuing to be me.”
— Daniel Norris, Blue Jays pitcher to ESPN 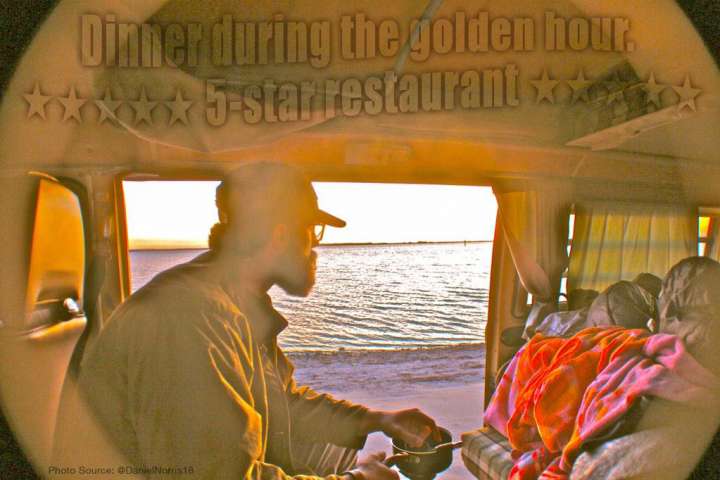 Outfitted with a sleeping bag and christened “Shaggy” (after the Scooby Doo character), the VW now serves as Norris’ mini-mobile home and life partner. Parked on the beach with the side door open, it also double as a five-star restaurant with an unmatched view.

Unlike Chris Farley’s SNL sketch of a struggling motivational speaker that lives in a van down by the river, Norris’ #vanlife is a conscious embrace of simplicity, love for the open road, and adventure.

Norris, like many of his kindred free birds, likes to skate and surf. He lists three things that he lives for on his social media pages: 1) eternal life, 2) the strike zone, and 3) good waves. He opts for hardcover books (like Jack Kerouac’s “On the Road“) over a Kindle. He cuts his apples with a machete and has been spotted in the wild trimming his beard with an axe. In short, he is part Paul Bunyan, part beat poet, part philosopher sage.

If Norris ever decides to get fancy with Shaggy, he could have Drew Brophy give her a snazzy paint job, or…

…get his sister, Melani, or Tanner Woodbury to render her in an oil painting, or… 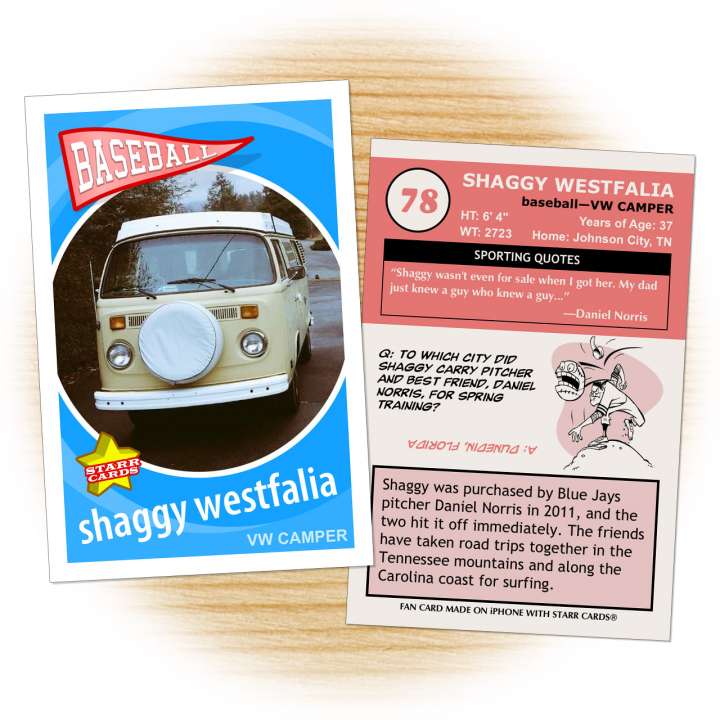 Oh yeah, lest we forget, Daniel Norris can pitch… really well. With a fastball consistently in the nineties, and an ethos for simple living, it’s little wonder that Norris has attracted northward of 50 thousand followers on Twitter, Instagram and Vine.