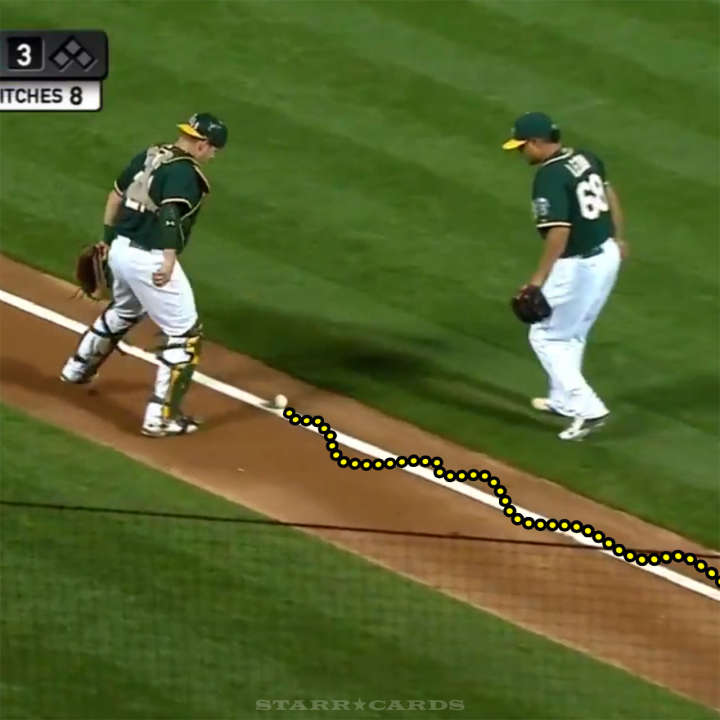 In the last weekend in May, Yankees third baseman Chase Headley laid down a bunt against the Athletics that meandered up the third base line like a drunken pedestrian. Oakland’s Stephen Vogt and Arnold Leon played the part of vigilant cops waiting for the ball to falter, but it came to a rest dead center on the line. No throw was made, Headley was safe on first and his bunt tops May’s best baseball vines.